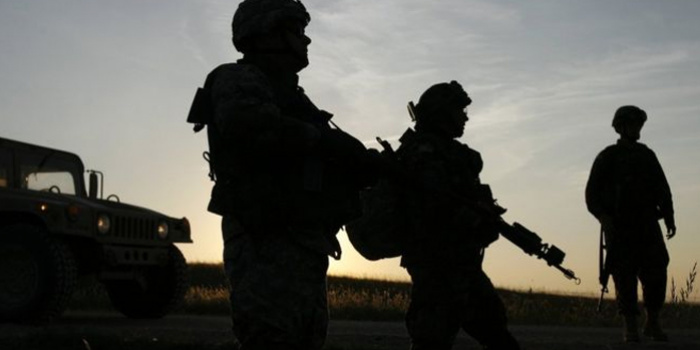 The FBI has arrested a US Army soldier on suspicion of sharing instructions via social media on how to make bombs, as BBC reported. Jarrett William Smith allegedly suggested using a vehicle bomb to attack a major US news network.

The 24-year-old wrote online about wanting to fight for a far-right group in Ukraine, say prosecutors.

The infantry soldier, who was based at Fort Riley, Kansas, was arrested on Saturday and charged with distributing information relating to weapons of mass destruction.

According to charging documents, Mr Smith had been in contact since 2016 with another American, Craig Lang, who had travelled to Ukraine to fight for a paramilitary nationalist group, the Right Sector.

Mr Smith allegedly discussed with Mr Lang on Facebook how to build bombs.

"Oh yeah, I got knowledge of IEDs [improvised explosive devices] for days," said Mr Smith on 8 December 2018, according to the documents.

"We can make cell phone IEDs in the style of the Afghans. I can teach you that."

Suspect was seeking other 'radicals'

In subsequent online chats with an FBI source in August and September this year on the app Telegram, Mr Smith discussed making a "large vehicle bomb" to attack an unspecified American news network's headquarters.

The name of Democratic presidential candidate Beto O'Rourke also allegedly came up during one of the conversations.

At one point the FBI source asked whether Mr Smith could think of anyone in Texas who might be worth attacking, according to charging documents.

Mr Smith allegedly said: "Outside of Beto? I don't know enough people that would be relevant to cause a change if they died."

On 19 August, Mr Smith allegedly told the FBI informant that he was seeking to meet other "radicals" like himself.

Two days later he described how to build bombs out of common household ingredients.

He allegedly gave the FBI source tips on how to build an explosive device that can be triggered by mobile phone.

"Be careful with the fully armed device," he allegedly wrote.

"There have been cases where Middle Eastern insurgents built these bombs only for them to detonate prematurely because telemarketers or people with wrong numbers who unwittingly called the devices."

According to prosecutors, the suspect has admitted to providing people in online chat rooms with information about bomb-making.

He stated that he gave bomb-making instructions so as to cause "chaos", investigators say.

Mr Smith faces up to 20 years in prison if found guilty.