US forced to close USAID office in Minsk - Belsat 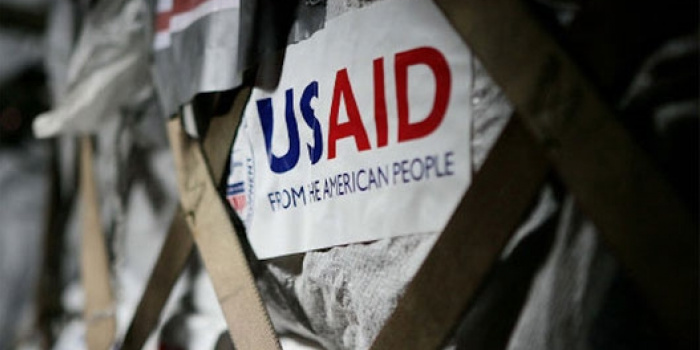 The Belarusian authorities also insist on the dismissal of more than 20 Belarusian employees of the U.S. offices, as Belsat reported.

The United States Special Envoy to Belarus Julie D. Fisher has issued a statement about the restrictions imposed on the U.S. programs for international development and public relations by the Belarusian authorities.

“These actions reflect the Belarusian authorities’ deep insecurities about the role of diplomacy, people-to-people ties and independent civil society. The United States will not be deterred from its commitment to helping advance democracy and human rights in Belarus and to supporting the aspirations of the Belarusian people to build a more promising future in a free and independent Belarus, nor will these recent measures cause us to abandon the outreach and engagement that have benefitted the Belarusian people and which have advanced the relations between our citizens,” read the statement.

The diplomat recalls that since the 1990s, U.S. government aid to Belarusians has been aimed at supporting and developing entrepreneurship, creating well-paid jobs, improving living standards, and recently at combating the pandemic COVID-19, ” when Belarusian authorities were dismissive of the pandemic and its impact on the health and well-being of the Belarusian people.”

Also, the U.S. government used to provide assistance to families living in areas affected by the Chernobyl disaster, promoted tuberculosis prevention and treatment programs, and helped tens of thousands of orphans and people from socially vulnerable backgrounds.

On August 11th, in response to the sanctions, the Belarusian authorities withdrew their consent to the appointment of Julie Fisher as U.S. Ambassador to Minsk.

On August 31st, six more employees of the U.S. Embassy in Minsk left Belarus. This was due to the decision of the Belarusian authorities to limit cooperation.