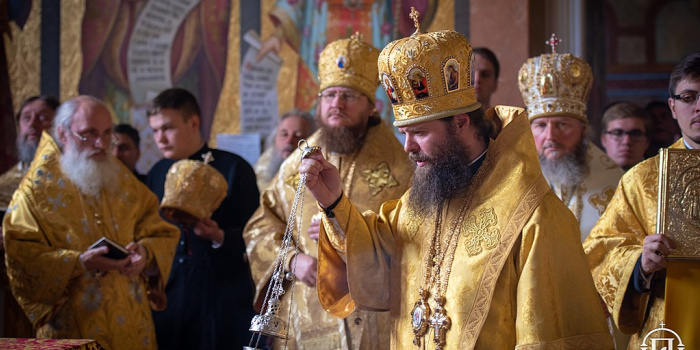 The UOC MP's Oleksandria Diocese is preparing a lawsuit against the "Slovo i Dilo" portal over an article which, among other things, menitons that the diocese's Metropolitan Bishop Boholep is accused of calling for changes in Ukraine's territories and state borders.

This was announced by the diocese's legal department on the metropolia's website.

The article titled "In thrall to the 'Russian world': who among the UOC MP priests is suspected of crimes against Ukraine's statehood" was published on the media outlet's website on November 25.

"Slovo i Dilo" also published an infographic with cases of "priests being exposed for involvement in anti-state activities."

The diocese's legal department believes that the article "presents false, provocative information about the head of the Oleksandria UOC diocese and is spreading it over the Internet."

Also, the diocese believes that the article contained "cynical distortion of facts, deliberate distortion of information, outright slander and humiliation [which] should be subject to fair legal assessment."

As IMI reported, on October 31, the Security Service of Ukraine reported carrying out searches in the Kirovohrad and Oleksandria dioceses due to the individual representatives of this community promoting ideas that encroach on the territorial integrity of Ukraine and incite religious enmity.

According to the special services, the Kirovohrad and Novomyrhorod Metropolitan Bishop's correspondence with the Patriarch of Moscow Kirill, as well as a large amount of anti-Ukrainian content produced in the Russian Federation, have been seized among other things. According to preliminary assessments, the SBU notes, these texts imply criminal offenses provided for by the Criminal Code of Ukraine.

Namely, these are: Art. 110 (encroachment on the territorial integrity and inviolability of Ukraine); Art. 161 (violation of the equal rights of citizens based on their racial, national, regional background, religious beliefs, disability or on other grounds).