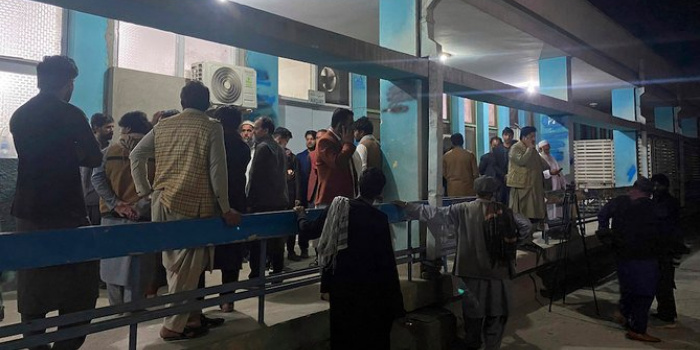 In two separate attacks today, unidentified gunmen shot and killed Mursal Wahidi, Sadia Sadat, and Shahnaz Roafi, who worked at Enikass in Jalalabad, the capital of the eastern province of Nangarhar, according to news reports and Enikass director Zalmay Latifi, who spoke to CPJ in a phone interview.

One suspect has been arrested and police are investigating the killings, according to those reports.

“We are alarmed by the killing of Mursal Wahidi, Sadia Sadat, and Shahnaz Roafi, and the repeated attacks on Enikass Radio and TV, which must be thoroughly investigated and prosecuted,” said Aliya Iftikhar, CPJ’s senior Asia researcher. “Working for a news outlet or broadcaster in Afghanistan carries immense risk, and impunity will only further the cycle of violence and fear.”

At about 4 p.m., attackers shot Sadat and Roafi while they were walking home from the station together; a few minutes later, gunmen in a different part of the city shot Wahidi, according to those news reports.

Enikass is an independent, privately owned media outlet that broadcasts news and entertainment programs, according to its website. Latifi told CPJ that the three workers dubbed entertainment TV programs and films into local languages.

He said Enikass has often received threats from extremist groups that took issue with its news coverage as well as the TV shows and films it broadcasts.

In December 2020, Enikass reporter Malalai Maiwand and her driver were shot and killed, as CPJ documented at the time. The Islamic State claimed responsibility for that killing, saying Maiwand was a “pro-regime” journalist, according to Reuters.

Latifi said he was not aware of any threats specifically against Wahidi, Sadia, or Shahnaz, or female journalists at the broadcaster, but said he believed the three killed workers were targeted because they worked at Enikass.

No group has claimed responsibility for the attacks and the Taliban has issued a statement denying involvement, according to those news reports.

CPJ called and messaged Nangarhar Police spokesperson Farid Khan for comment, but did not receive any response.

In an unrelated incident on February 26, armed men affiliated with a local tribal affairs group assaulted journalist Maqbool Noori and threatened him with death while he was reporting on a land dispute in Kapisa province, northeast of Kabul, according to Tolo News.