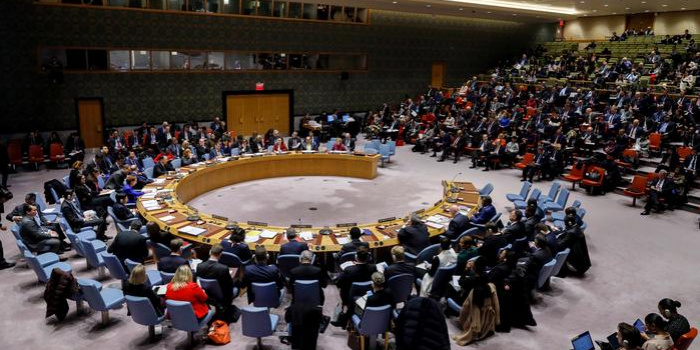 On June 21, the UN Security Council will consider the issue of incitement to violence as one of the causes of russia's aggression against Ukraine.

This was reported by Укрінформ with reference to the Secretariat of the UN Security Council.

The agenda item of the UNSC meeting which will be held at the UN headquarters in New York is worded as follows: "Incitement to violence, which has led to the commission of cruel crimes."

Security Council members and representatives of the invited countries are expected to make statements about the causes of the war, including the role that propaganda and hate speech in russia have played in inciting it. Albania, which holds the SC presidency in June, initiated the consideration of this issue.

The meeting will begin at 10:00 Eastern Time (17:00 Kyiv time). According to the Permanent Mission of Ukraine to the United Nations, the speech of our country's ambassador to this organization Serhiy Kyslytsia is planned.