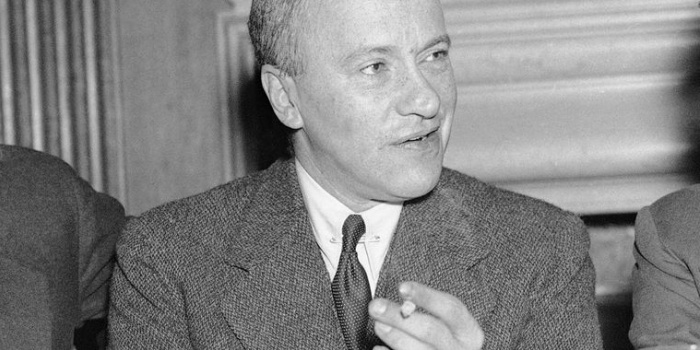 The Association of Ukrainian Media, Journalists and Public Organizations "Media Movement" issued an address to the Pulitzer Prize Committee to revoke the award of Walter Duranty, who headed the Moscow bureau of The New York Times in 1922–1936. In his writings, Duranty denied the Holodomor and publicly supported Stalinist propaganda.

Detector Media published the full text of the address:

We, the Ukrainian journalists who signed this petition, are grateful to the Committee for noting our work in covering the Russian-Ukrainian war and countering Russian propaganda. This award is a great honor for those of us who have clearly seen the difference between "freedom of speech" and "Russian propaganda" all these years since 2014, when Russia attacked Ukraine.

At the same time, this award was the impetus to turn to you in regards to Walter Duranty. The journalist, a longtime head of the NYT office in Moscow, won Pulitzer in 1932 for a series of manipulative reports from the Soviet Union. In these reports, he justified the existence of concentration camps, explained the need to destroy the enemies of Soviet power, and justified the need for Stalinist totalitarianism. In his articles, Walter Duranty later supported Soviet propaganda and denied the Holodomor in Ukraine, which starved more than 6 million of our citizens to death.

The reasons why Mr. Duranty covered Stalin's horrific totalitarian regime and the entire USSR in this way may warrant a discussion. But there is no doubt that his apologetic reports, which were even rewarded by the Pulitzer Prize, had a profound effect on the way the United States and the rest of the world perceived the Soviet dictatorship. And it was these reports that helped establish Stalin as a 'wise' politician, and not as a bloodthirsty tyrant and Hitler's accomplice in World War II, in the eyes of the international community.

In 2003, the Committee considered a similar request in detail and decided to uphold its decision. At the same time, we draw your attention to the fact that the current war between Russia and Ukraine is a consequence of the uncritical attitude of the Western world to the Russian tradition of totalitarianism. And Mr. Duranty's work has been very helpful in putting a mask of humanity and civilization on this regime, a mask that was often seen as its true face. We do not doubt the stylistic perfection of his texts. But, in our opinion, even the most impeccable reports do not deserve an award if they are based on lies, manipulation and justification of mass murder.

The esteemed Committee commended Ukrainian journalists "for courage, endurance and bravery in reporting the truth." We now call on you to show courage by acknowledging Mr. Duranty's mistake and revoking his award.

Members of the Association of Ukrainian Media, Journalists and Public Organizations "Media Movement."

If you want to sign the address, write to [email protected]