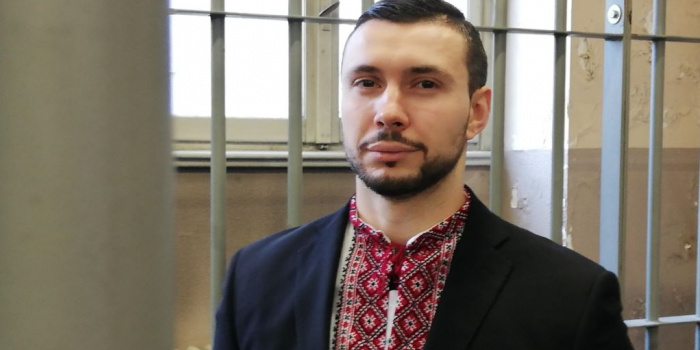 The relevant appeal was published in Il Venerdi magazine. Ukrainian Ambassador to Italy Yevhen Perelygin has urged the Italian media to stay objective in their coverage of the case of senior sergeant of the National Guard of Ukraine Vitaliy Markiv who has been sentenced to a long prison term in Italy for the alleged complicity in the death of an Italian photo reporter in the Donbas warzone, as UNIAN reported.

"The tragic story of Italian photo reporter Andrea Rocchelli should not be considered beyond the context of Russian aggression, which the defenders of Ukraine, including Vitaliy Markiv, had been repelling," the ambassador said in an appeal published in Il Venerdi magazine, the embassy's press service wrote on Facebook.

"Despite everything, I believe in the justice of the Italian judicial system, which must demonstrate its impartiality by restoring freedom and dignity to Vitaliy Markiv," Perelygin added.

Despite convincing evidence proving that Markiv could not have been involved in the mortar shelling, which is believed to have killed an Italian freelance photo reporter, Andrea Rocchelli, and his Russian interpreter Andrei Mironov in Donetsk region in May 2014, the jury in the court of Italy's Pavia on July 12, 2019, sentenced the Ukrainian guardsman to 24 years in prison.

Ukrainian President Volodymyr Zelensky asked the Ministry of Foreign Affairs and the Prosecutor General's Office to immediately address the issue of Markiv's return to Ukraine. On October 10, the court made public the motivational part of the verdict. On November 20, Ukraine filed an appeal against the verdict against Markiv.