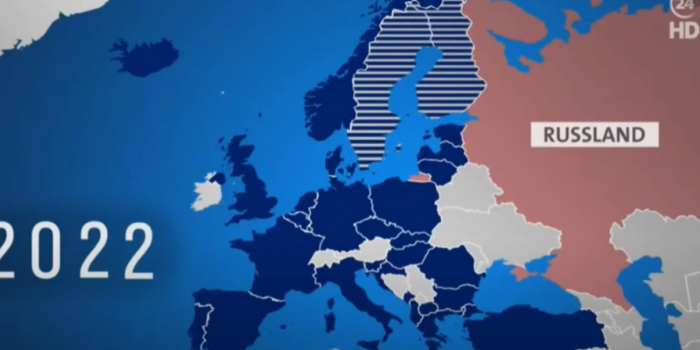 The office of the President of Ukraine in the Autonomous Republic of Crimea demands that the German public TV channel Das Erste, which showed a map with "russian" Crimea, "corrects the inaccuracy."

This was reported by Кrym.Realii with reference to the Ukrainian office's press service.

According to the office, the map, where Crimea and russia are painted the same color, was shown on May 17 on the air of "Focus" program (Brennpunkt in the original language).

"Such inaccuracy can be interpreted as a 'border line' between parts of Ukrainian territories, which in turn could mean international recognition of the illegal occupation and attempts to annex the Autonomous Republic of Crimea and the city of Sevastopol by russia," the Ukrainian president's office said.

A recording of the program with the map, which was criticized by social media users and the Ukrainian authorities, is posted on YouTube.

As of May 19, the German public TV channel did not respond to the demands of the Ukrainian authorities.