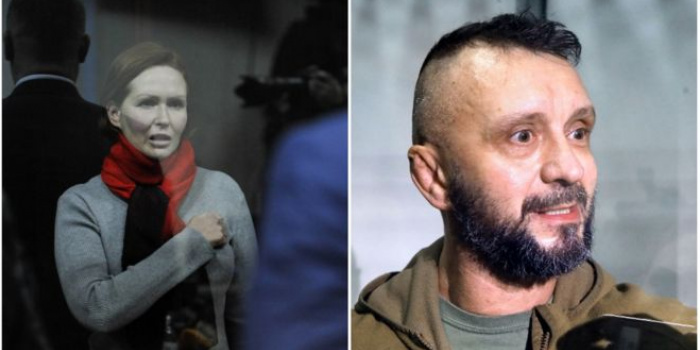 The Pechersk court in Kyiv has remanded in custody until the end of July the suspects in the murder of journalists Pavel Sheremet Andriy Antonenko and Yulia Kuzmenko, as the human rights center ZMINA reported.

The sitting was broadcast on the Judiciary channel on Youtube.

The judges remanded Kuzmenko in custody until July 24 and Antonenko until July 23. During the hearing, several people asked to release Antonenko on bail, but the court refused. Kuzmenko's defense also asked to recuse the judge and to appoint another one to consider the motion for extension of the suspect's detention, but the motion was denied.

At the same time, on May 25, the Pechersk District Court upheld the motion of prosecutors and changed the measure of restraint for Yana Duhar, a suspect in the case, from house arrest to bail of 168,000 hryvnias (around $ 6 236). She was also obliged to wear an electronic bracelet and required not to quit the area where she is serving.

As IMI reported, on May 21, they amended suspicions to suspects in the case of the murder of journalist Pavlo Sheremet - Yulia Kuzmenko, Andriy Antonenko and Yana Dugar.

On May 22, police  completed an investigation  into three suspects in Sheremet's murder.

As IMI reported, Pavel Sheremet died in Kyiv on July 20, 2016 in a car blast. On December 12, 2019, Interior Minister Arsen Avakov said that the National Police had detained and pressed suspicion to those involved in the murder of Pavel Sheremet. On December 12, Deputy Head of the National Police - Chief of Criminal Police Yevgeny Koval reported that the explosive under the car of journalist Pavel Sheremet was put by the ATO musician and volunteer Andriy Antonenko and doctor and volunteer Yulia Kuzmenko. The same day, Yevhen Koval said that the investigation considered the main version of the murder of journalist Pavel Sheremet was to destabilize the social and political situation in Ukraine.

On 12 December, the editorial staff of “Ukrayinska Pravda” (UP) claimed to be stupefied by the investigative lead into the murder of journalist Pavel Sheremet, as “UP” web-based edition reported on its website. “We welcome the fact that the investigation is underway and the case has not been forgotten. We have to say it frankly, the lead of investigation stupefied us. Actually, we took the information they set out with reserve, ” the UP’s message reads.