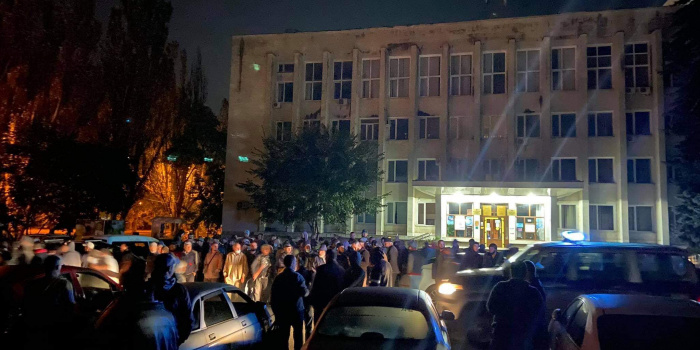 In Crimea on September 4, Russian police and special services detained more than 40 people, among them journalists with “Crimean Solidarity” and “Hrani”, Ayder Kadyrov and Nuri Abdureshitov. The human rights activist Lutfiye Zudiyeva said it to “Hrani” edition.

She said, the journalists had their press cards hung around their necks which were clearly visible to law enforcement.

People were detained under the FSB building. Among them are lawyers, activists of “Crimean Solidarity” association and relatives who tried to find out the whereabouts of five previously detained Crimean Tatars: businessman Eldar Adamanov, brothers Aziz and Asan Akhtemov, Shevket Useinov and deputy chairman of the Crimean Tatar People's Majlis. Nariman Jalal. The investigation is tracking down those involved in the explosion of the gas pipeline in Perevalnoye on August 23.

The detainees were taken to different police departments for non-obedience to police.