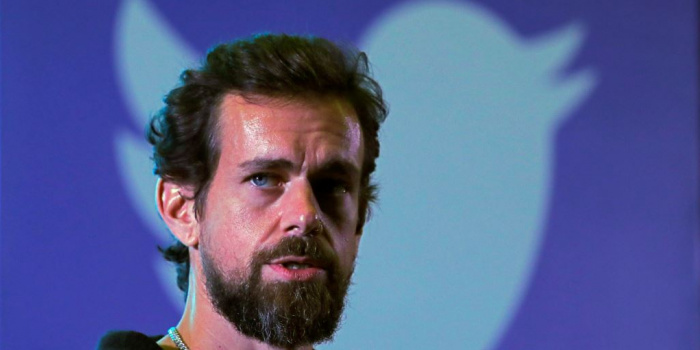 Twitter co-founder Jack Dorsey is stepping down as chief executive of the company, as BBC reported.

He will be replaced by the current chief technical officer, Parag Agrawal, Twitter said.

Mr Dorsey, who co-founded Twitter in 2006, has been serving as chief executive of both Twitter and payment firm Square.

"It's finally time for me to leave" he wrote in a statement, saying the company was "ready to move on."

Mr Dorsey said he had "deep" trust in his replacement. "I'm deeply grateful for his skill, heart, and soul. It's his time to lead," he said.

Mr Agrawal joined Twitter in 2011, and has been the firm's head of technology since 2017.

Mr Dorsey challenged corporate conventions with his nose-ring, long beard, and a wellness regime including yoga and eating only one meal a day.

But he came under pressure from investors, who felt Twitter was not getting the focus it needed while he was also running Square.

In a separate message to the official corporate statement, Mr Dorsey tweeted: "Not sure anyone has heard but I resigned from Twitter."

"There's a lot of talk about the importance of a company being 'founder-led'. Ultimately I believe that's severely limiting and a single point of failure," he wrote in an attached email he sent to staff.

He added that he would leave the board after his term expires.

"Why not stay or become chair? I believe it's really important to give Parag the space he needs to lead."

But by mid-afternoon shares were trading just under their value at the end of last week.

Victoria Scholar, investment analyst at Interactive Investor, said the development had not come as a surprise to Twitter's board members "who have reportedly been preparing to say goodbye to Dorsey since last year".

The change was being seen "as a way for Twitter to turn over a new leaf and take bigger risks", she said.

Perhaps Mr Dorsey's most daring move was to ban former President Donald Trump from the platform, following the riots at the Capitol building. It provoked strong criticism from Mr Trump's supporters.

"People tend to conflate Jack Dorsey with Twitter censorship, but my sense is he's actually done what he could these past few years to keep the platform relatively open," tweeted Mike Solana, head of the private equity firm Founders Fund.

"Things will be worse without him, not better. Godspeed, bird king," he added.