On June 27, the TV channel «Kyiv» was under hacker attack, and, as a result, the channel is not be able to work normally for the day. Currently, the channel’s materials are broadcast from old video tapes.

This was reported to «Detector media» by the director of the TV channel «Kyiv» Svitlana Kryvoruchko.

«The channel will broadcast from video channels, as we did before», she said.

In addition, the TV channel reported about the hacker attack on its official Facebook page.

Also, Ayder Muzhdabaev reported about an attack against the Crimean Tatar channel ATR, adding his comment "The ATR office received hello from the Russian Federation", with a screenshot of the ransomware-captured system. 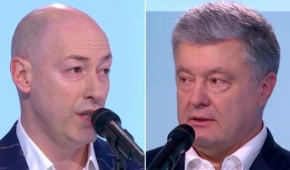 Journalist with Hromadske impeded from working by Illya Kyva and others
Blogs
Sanctions against Medvedchuk’s TV channels. The first estimates
Want to learn first about the new research of the Institute of Mass Media? Subscribe to the newsletter!