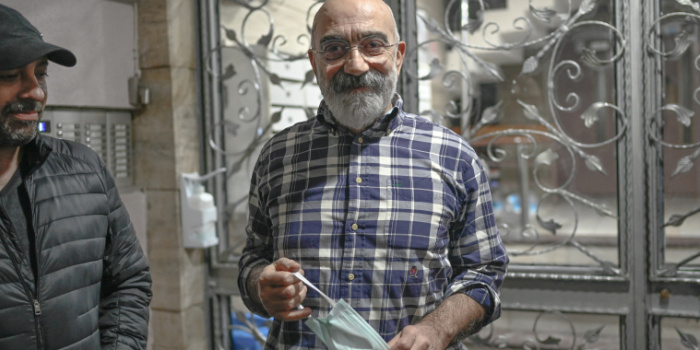 Turkey’s Supreme Court of Appeals today overturned the convictions of journalists Ahmet Altan and Nazlı Ilıcak, as the Committee to Protect Journalists reported.

They were found guilty of “aiding a terrorist organization” and sentenced to 10 and a half years and eight years and nine months, respectively, in a 2019 retrial, according to reports and CPJ research. Both journalists had been freed in 2019 for time served, but Turkish authorities rearrested Altan eight days later after prosecutors appealed his release. Today he was released and was sent home in a taxi, reports said.

“While Ahmet Altan should not have spent even one day behind bars, we welcome the news that he is finally free,” said Gulnoza Said, CPJ’s Europe and Central Asia program coordinator. “Turkish authorities should not repeat the mistake of rearresting Altan as they did in 2019, and should allow him to live and work freely. All journalists imprisoned for their work in Turkey should be immediately freed.”

The Turkish court ruling follows the European Court of Human Rights decision on Monday ordering Turkey to pay Altan 16,000 euros (US$19,155) for unreasonably convicting him of terrorist activity, reports said.

Altan, the former chief editor of the liberal daily Taraf, and Ilıcak, a former host for Can Erzincan TV, an outlet favorable to exiled preacher Fethullah Gülen, and a former columnist for the daily Özgür Düşünce, were arrested in 2016. (All three outlets were shuttered by presidential decree in 2016, as CPJ documented.) They were originally convicted to life in prison without parole in 2018 for attempting to topple Turkey’s constitutional order in the failed July 2016 coup attempt through their journalistic activities, as CPJ documented. The Supreme Court of Appeals overturned that sentence and ordered the 2019 retrial.