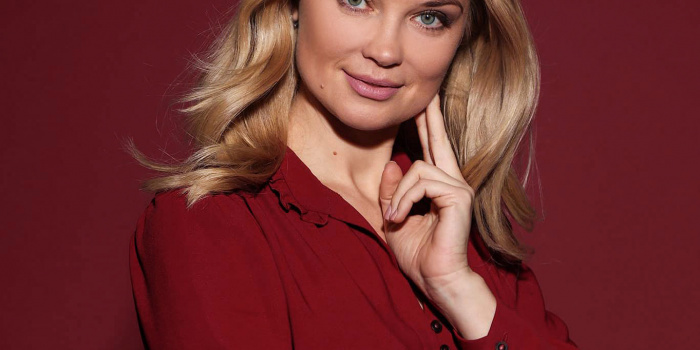 TSN TV presenter Lidiya Taran got in a car accident on the evening of November 7, as TSN reported.

Lidiya Taran took a taxi to go home. Lydia's car crashed into another, as she ralated on her Instagram page

“I’ve called a taxi… I took the back seat. I called my little darling to say her that I would be home in 10 minutes… And oops, I hit my forehead on the front seat, фтв 5 seconds after I roll out of the car on fire, ”Taran said.

She added that the accident happened due to other participants of the road traffic who did not put an emergency warning triangle on the road.

“My driver was good fellow, because he managed to slow down and change traffic path. Otherwise, I wouldn't be here anymore, ”the presenter said.

She also said that she was lucky, because the back door of the car was not locked.  “I am shocked and tell foreign tourists what happened. I still can't realize that I am alive, ”Lydia recalled.

The presenter said that she was fine. However, after the incident, her hand was torn off the asphalt, her elbows were bruised and her knee was beaten.

“Well, my forehead hurts a little. But this is such a trifle compared to what I was so close to, ”the presenter added.