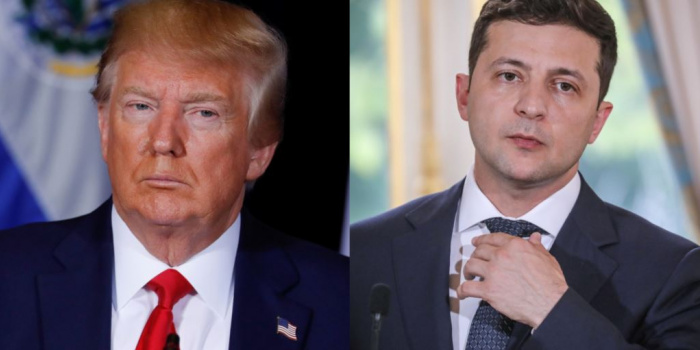 The historically rare, lengthy procedure is probing whether the president has abused his office for personal and political gain by prodding a foreign government to investigate his foes and if those actions constitute impeachable offenses.

In particular, whether Trump, while withholding $390 million of military aid for Kyiv, had asked Ukrainian President Volodymyr Zelenskiy to conduct investigations into Democrats in the 2016 presidential election and his potential 2020 opponent, former Vice President Joe Biden, and his son, Hunter.

The first to testify will be William Taylor, the charge d’affaires in Ukraine who in closed-door hearings described the Trump administration’s use of alternate channels to pursue foreign policy toward Kyiv as “irregular.”

Taylor said it was “crazy” to hold back military assistance to Ukraine in return for political investigations.

On November 15, Marie Yovanovitch, the former ambassador to Ukraine, is scheduled to testify. Before she was abruptly recalled to Washington in April, Yovanovitch told investigators that she was warned to “watch my back” as Giuliani and Trump undermined her.

At the nexus of the impeachment inquiry is a government whistle-blower’s complaint about a July 25 phone call between Trump and Zelenskiy when the alleged prodding took place.

Three days of public hearings are scheduled for next week.

U.S. Ambassador to the European Union Gordon Sondland is scheduled to testify on November 20.

The same day, Deputy Assistant Secretary of Defense Laura Cooper and Undersecretary of State David Hale also are expected to appear for questioning.