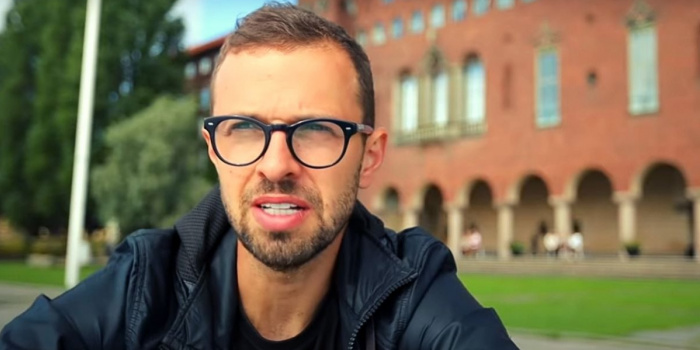 Ukrainian YouTube blogger Anton Ptuchkin commented on the announcement that russian authorities have prohibited him from entering the country for the next 50 years, Radio Svoboda reports.

"So, no Povolzhia episode, then," wrote the former host of "Heads and Tails" travel show who has been managing his own travel blog on YouTube with a follower count of over 5.5 million for several years now.

Earlier, on April 20, Baza Telegram channel reported that Ptushkin has been prohibited from entering russia until 2072.

The Telegram channel believes that the ban on Ptushkin's entry into russia, in effect since April 16, has to do with the fact that Ptushkin has criticized the russian invasion of Ukraine.

After the start of the war the blogger has recorded several videos, including "Thoughs On The War In Ukraine From a Guy From Donbas."

Anton Ptushkin is 38, he was born and raised in Luhansk, which he calls "my home that has been taken from me in 2014."