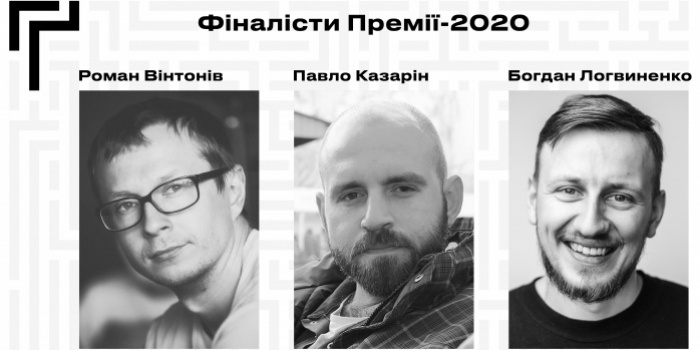 The Capitulum of Georgy Gongadze Prize has announced the short list of nominees for the award. The nominees are Roman Vintonov, Pavlo Kazarin and Bogdan Logvinenko, as PEN-Ukraine reported on its website.

The name of the laureate will be made known during the ceremony on May 21st.

The winner will get a reward of 100 thousand UAH.

Only the journalists working in Ukraine who have been working in the profession for the past five years can claim the award.

It should be reminded that the Georgy Gongadze Prize was founded in 2019 by the Ukrainian PEN The Georgy Gongadze Award has been founded on April 9, 2019, by the Ukrainian PEN in partnership with the Association of graduates of the Kyiv-Mohyla Business School and the web-based edition “Ukrayinska Pravda”. Vakhtang Kipiani was the first prize winner.