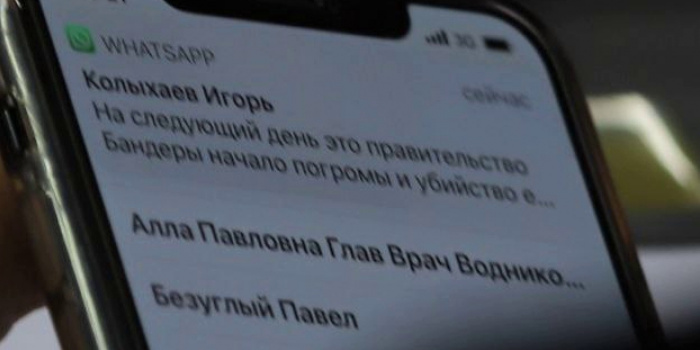 The deputy of Kherson City Council Ihor Zhytchenko proposed to develop regulation that will ban journalists from approaching deputies during sessions.Ihor Zhytchenko said it on March 17 at a meeting of the commission on competitiveness, sustainable development, entrepreneurship, transport, communications and trade, as the representative of IMI in the Kherson region reported.

The deputy does not like that journalists take pictures of his phone. So he proposed to elaborate a document that would make this impossible.

"Maybe, I want to correspond with my wife on some personal topics, and they will take pictures of it," he explained.

The members of the commission supported this idea and recommended the secretary of the city council Halyna Luhova to issue the procedure.

According to the IMI representative, for several times, the journalists have been taking pictures  the deputies' corresponding with the mayor of Kherson, where, for example, he spoke of Stepan Bandera.