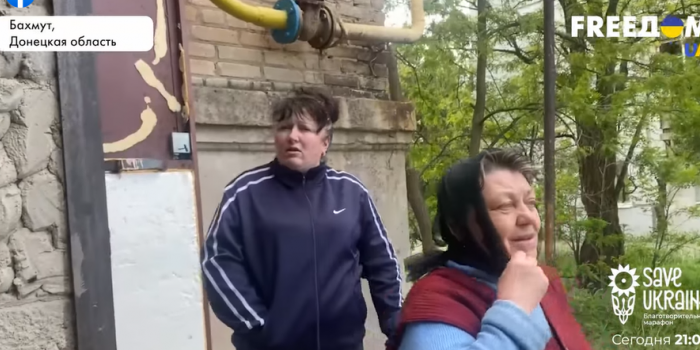 In Bakhmut (Donetsk region) on May 28, the russian occupiers opened fire while Oleksiy Matsuka, journalist and editor-in-chief of the Ukrainian foreign language broadcasting channel UA, was recording his conversation with local residents.

The journalist reported it for Dom channel from the site.

Two Bakhmut residents had been telling the journalist how they survived in a wartime city. And at that moment, the sound of an explosion came.

No casualties were reported, as there was a shelter nearby.