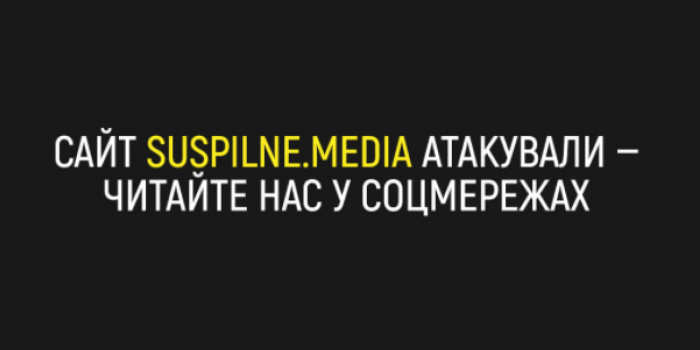 Suspilne’s website (public broadcaster) has been hacked, it will be temporarily out of function. This was reported on the broadcaster's Facebook page.

A virus that destroys files has been launched, as the broadcaster reported.

At the same time, they are jamming the UA: Pershyy satellite signal. The broadcaster is preparing to switch to auxiliary tools.

Subsequently, "Suspilne Novyny” (Suspilne.News) reported that he resumed its work.