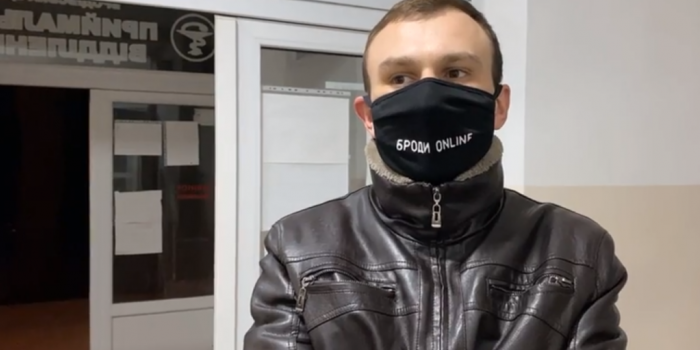 The assaulter is accused of causing obstacles to a journalist while working and of an intentional infliction of light bodily injuries to the journalist due to his professional activity.

According to the investigation, last April, the journalist was filming near a bar-restaurant about violations of quarantine restrictions by catering establishments in the Zolochiv district of the Lviv region.

“At that time, the suspect, the owner of the restaurant, got angry with any journalistic activities and gathering comments, began to utter obscenities towards the employee of the TV and radio company and unreasonably demanded to stop filming. Subsequently, the person involved knocked the TV camera out of the victim's hands and punched him several times with his fists on the head, torso and limbs, which caused minor bodily injuries to the latter, ” the document reads.

According to the prosecutor's office, the suspect unlawfully took away all materials prepared by the journalist and his technical outfit.

As IMI reported, on April 25, in Brody in the Lviv region, some employees of one of the catering establishments prevented a journalist-cameraman from the local TV channel "Brody Online" Serhiy Nikishin from videotaping their violation of quarantine requirements.

On this fact, the police opened a criminal case under Part 1 of Art. 171 ("Obstruction of lawful professional activity of journalists") of the Criminal code of Ukraine.

The assaulter was found out to be the owner of the Kolyba restaurant, 36-year-old Ivan Beley, the son of Anatoliy Beley, the head of the Brody community.

Serhiy Nikishin went to hospital and got medical report of injuries he got. According to the preliminary conclusion of the expert, he has soft tissue contusions.

However, Ivan Beley denied that he had beaten Serhiy Nikishin and destroyed his camera. He confirmed the fact of altercation between him and Vitaliy Kravchuk, but denied he had beaten someone else.