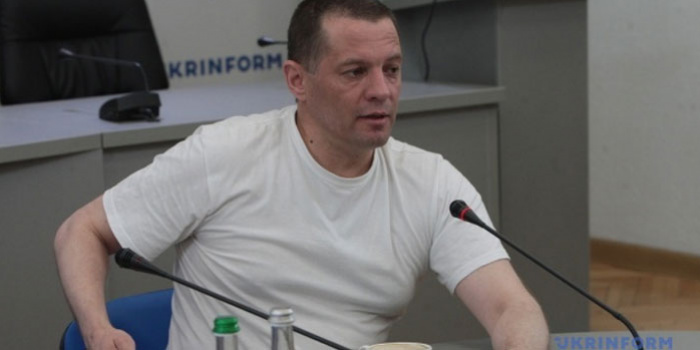 On September 11, at 12:30, the press conference of Roman Sushchenko and his lawyer Mark Feigin will take place in Ukrinform.

The event will take place in Room # 1.

Before the beginning, Roman Sushchenko will personally remove a poster with the inscription #FREEDOMTOSUSHCHENKO, which has been hanging on the facade of the news agency for almost three years.

Accreditation for the press in indispensable. With that purpose, please, open the link.

IMI informed, on September 7, 2019 Ukraine exchanged prisoners with Russia in the format "35 for 35". Twenty-four POWs and political prisoners have came back to Ukraine , including director Oleg Sentsov and journalist Roman Sushchenko.

Roman Sushchenko, special correspondent for Ukrinform in France was detained on September 30, 2016 in Moscow, where he arrived on a private trip. On October 7, 2016, he was charged with espionage. The FSB of Russia stated that Sushchenko is an employee of the Defense Intelligence of Ukraine. The defense intelligence and the Ministry of Defense denied it.

Psychological pressure had been exerted on Sushchenko  to make him plead guilty. However, he did not give up.

On November 7, 2018, the Federal Security Service of Russia informed the Embassy of Ukraine in Moscow that Sushchenko had been transferred to the colony No. 11 in the Kirov region (Kirov-Chepetsk city, the village of Utrobino).