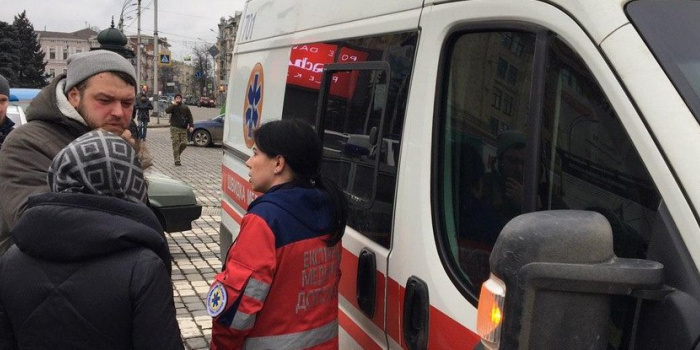 In Kharkiv, on January 27, journalist with STB Mariya Malevska and TV operator Oleksander Brynza were hit in the clash that occurred near the Regional State Administration, as Public:UA reported.

The journalist told they sprayed an unknown liquid substance on them. Oleksandr Brynza and an injured police officer have been sent to the Kharkiv Ophthalmological Hospital named after Professor Hirshman.

Both victims, cameraman and a police officer, have got eye burns caused by chemical spraying, as Ukrinform was told in the hospital. "Both were given first aid to, their condition is stable," the hospital noted.

As to Ukrinform, on January 27, several supporters of Kharkiv branch of the party “Opposition Platform - For Life”, who came to the Kharkiv Regional State Administration to demand increasing of volume of Russian-language teaching in schools, clashed with their opponents from patriotic public organizations such as “Right Sector” , "ATO Veterans' Union," National Corps "and "National Wives”

In total, about 100 persons came to protest under the administration, as many police officers who were ensuring public order.