Several media, including UNIAN, removed from the pool for talks with Peskov 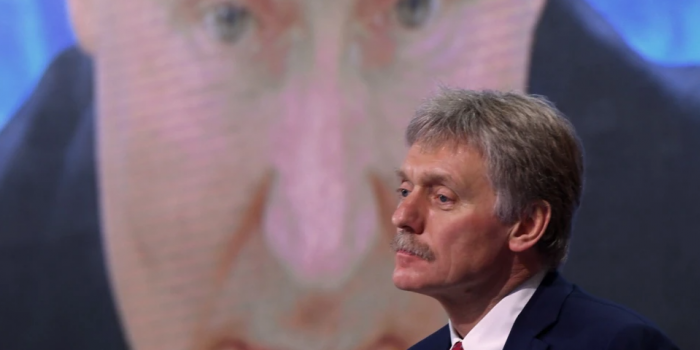 The kremlin has excluded several media outlets, including the Ukrainian news agency UNIAN, from the pool for talks with vladimir putin's spokesman Dmitry Peskov.

This was reported by Radio Liberty with reference to "Meduza" and RIA Novosti.

Namely, the correspondents for "Meduza" and "Echo Moskvy" radio station were also removed from the ICQ group chat used for coordination with coorespondents.

"'Echo Moskvy' does not exist, UNIAN does not get in touch, and the foreign agent 'Meduza' does not have the accreditation," Dmitry Peskov commented on the decision.

"Meduza" noted that their editorial staff has been accredited by the russian foreign ministry.

It is unknown to what extent the pool of journalists has been reduced and who else has been excluded.

The UNIAN agency, represented by Roman Tsymbalyuk, the only Ukrainian journalist accredited in russia in recent years, left russia when in January, Tsymbalyuk left the country after being summoned for questioning by the prosecutor's office.

As IMI reported, on January 3, Roman Tsymbalyuk announced that he had left russia due to a personal safety threat.

On December 14, 2021, Tsymbalyuk proclaimed Nikolai Polozov as his lawyer who would defend his interests in russia.

Lawyer Nikolai Polozov said that in russia, the journalist is being accused of extremism, and the authorities want to initiate several administrative cases against him.

On December 24, 2021, Mykola Polozov announced that the prosecutor's office in moscow had withdrawn their summon for Tsymbalyuk's interrogation.