Sentsov to receive Sakharov Prize in European parliament on November 26 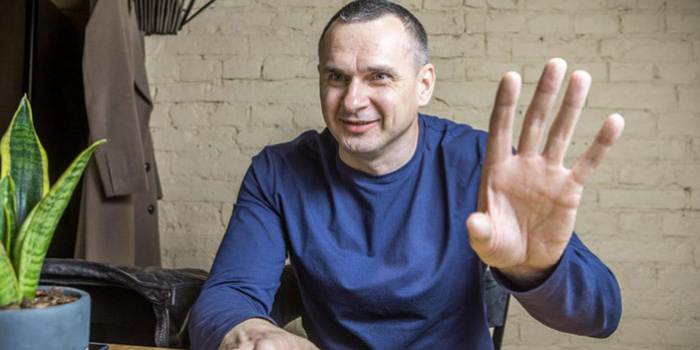 Oleg Sentsov, former political prisoner in Russia, is going to visit the European Parliament on November 26 and receive the Andrey Sakharov Human Rights Prize for Freedom of Thought for 2018, as Ukrinform reported.

The ceremony will take place in the main hall of the EU legislative body, at next plenary sitting.

Oleg Sentsov won the prize, as he served his sentence in Russia: he had been unlawfully sentenced to 20 years of severe regime for "terrorist activity" in Crimea. On 10 May 2014, he was arrested in Simferopol, Crimea, on charges of plotting acts of terrorism against the Russian 'de facto' rule in Crimea. The Russian security service transported him to Russia. He spent a year in detention prior to appearing in front of a military court, which proceeded to sentence him to 20 years in jail in what Amnesty International described as "an extremely cynical show trial". Russian authorities treated him as a Russian citizen even though he never had a Russian passport and declared he only had Ukrainian citizenship.

On September 7, Sentsov and 34 other Ukrainian political prisoners and prisoners of war were set free as part of swap of prisoners with Russia in the "35 by 35" format.