Sentsov: in Russia, they tried to isolate me as much as possible 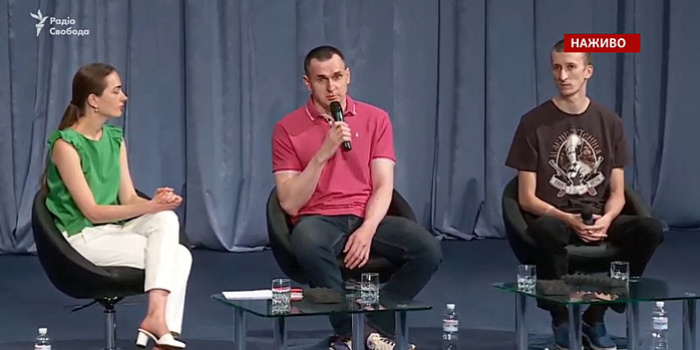 Released Ukrainian film director Oleg Sentsov told that incarcerated, he had been to the maximum isolated from the information environment, as Ukrainian national news (UNN) reported.

“The administration was ordered to isolate me as much as possible. So I knew nothing about it. I knew that the administration was trying to cut off connections with those who tried to reach me as much as possible. I was wrapped up to the maximum into the information capsule, ” Sentsov said, when asked if he had been informed of calls coming to his address via prison’s Skype.

On September 10, Oleg Sentsov said at a press conference that he plans to stay in Kiev.