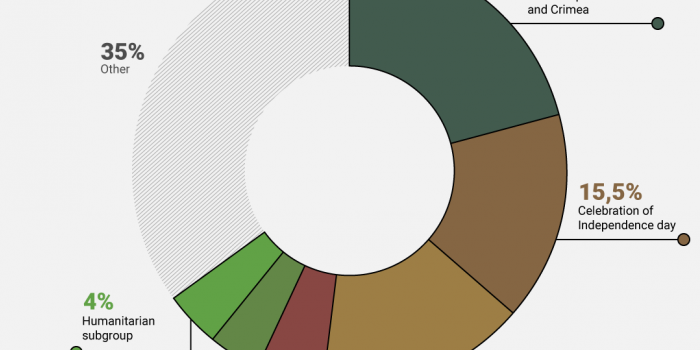 30% of the news items with narratives in the media of the so-called “L / DNR” were about “self-proclaimed Ukraine”. These are the results of a monitoring conducted by the Institute of Mass Information in August 2021* into the "online media" of the not controlled by Ukraine districts of Donetsk and Luhansk regions.

As IMI expert Olena Holub noted, this is new kind of narrative. "In previous studies, we did not notice such rhetoric. This narrative devalues ​​Ukraine as a state and compares it with the world's unrecognized pseudo-states. It can be logically combined with other narratives, such as the incompetence of the government and Ukraine itself as a state, ” the expert said. 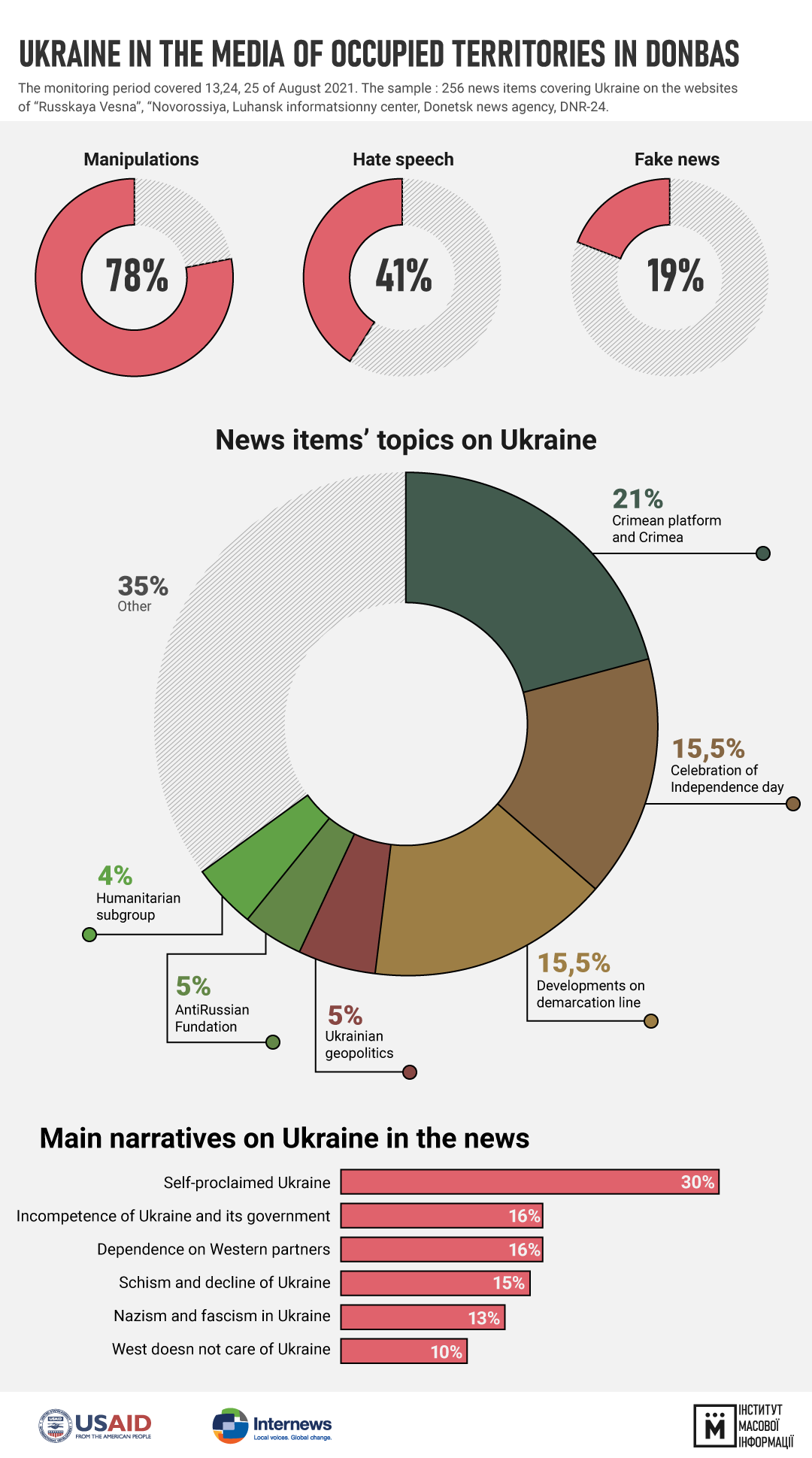 The next most popular narrative is about the incompetence of the Ukrainian government and Ukraine itself as a state (it accounted for 16% of the news items).

"At every opportunity, the occupation media recalled Zelensky's previous profession, thus devaluing him as president, and emphasizing his inferiority, unprofessionalism, and dependence," the study said.

Another 16% of the news items fell on the narrative of Ukraine's dependence on the West and "external governance", especially on the United States.

Another favorite media narrative of the occupied territories is the disintegration and destruction of Ukraine as a state. This narrative accounted for 15% of news in the media of "L / DNR".

In addition, 13% of the materials fell on the narrative "Nazism and Fascism in Ukraine" and 10% saying that "the West doesn’t care of Ukraine."

An IMI study shows that pro-Russian local media outlets in the occupied territories cultivate emotions such as frustration, fear, and hatred of locals for their own country, reiterating that a country like Ukraine has never been, never is, and never will exist. And the only goal of this "self-proclaimed" country with the help of the United States is to play mean tricks to Russia.

The news was monitored on August 23, 24 and 25, 2021 on the following sites: “Russian Spring”, “Novorossiya”, Luhansk Information Center, “News of the Donetsk Republic”, Donetsk News Agency, DNR-24. The sample included all the news about Ukraine that appeared on these sites during this period (256 news items).

** This study was made possible by the support of the American people through the USAID Media Program in Ukraine project, implemented by the international organization Internews Network. The content is under the sole responsibility of the Institute for Mass Information and does not necessarily reflect the views of USAID, the US Government or the Internews Network.