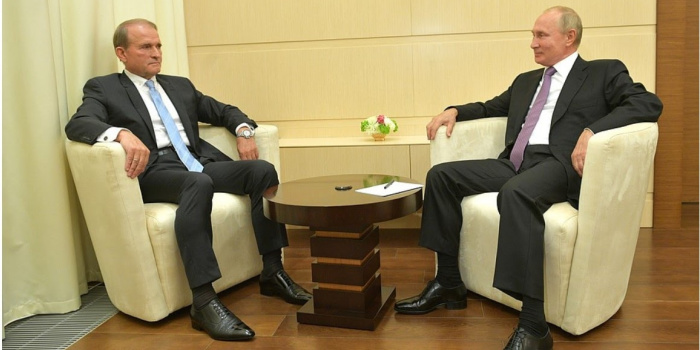 "Search is underway. In-depth comments on that point will be given later, " as the press service said.

Several places are searched, including his apartment in Montazhnykiv street in Kyiv, according to some source of information.

As IMI reported, on March 25, the SBU probed into the actions of representatives of "Ukrainian Choice - People's Right", who were suspected of being involved in the illegal referendum and elections in the temporarily occupied Crimea and Sevastopol in 2014.

The SBU conducts investigative actions within the framework of the initiated criminal proceedings under Art. 366 (official forgery) of the Criminal code of Ukraine. The issue of notifying participants of suspicions under Art. 110 (encroachment on the territorial integrity and inviolability of Ukraine) and Art. 111 (high treason).

On the morning of March 25, Ukrainian media reported that the SBU was conducting searches at the office of “Ukrainian Choice” NGO.

“Ukrainian Choice” is a non-governmental organization established in April 2012 by Viktor Medvedchuk, a politician and current member of the Verkhovna Rada from the OPFL.

On February 2, As IMI reported, on February 2, Volodymyr Zelensky has enacted the National Security and Defense Council decision of February 2, 2021 on the application of sanctions against MP Taras Kozak and television channels 112 Ukraine, NewsOne, and ZIK, the press service of the President's Office has reported.On February 25, the Administrative Court of Cassation received a lawsuit from 112-TV Television and Radio Company (112 Ukraine) appealing to the Presidential Decree of February 2 to impose sanctions on him.