Сar of founder of dtp.kiev.ua portal set on fire in Kyiv 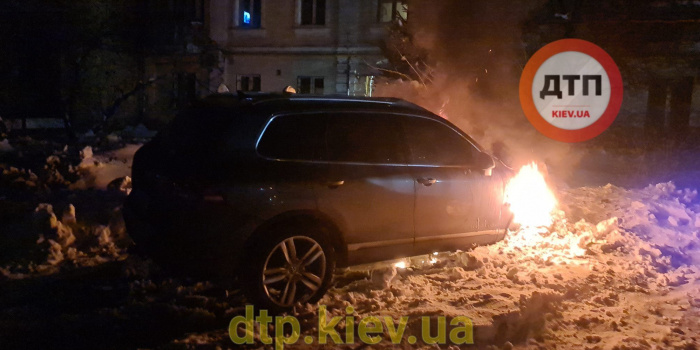 The car of the founder of the dtp.kiev.ua portal Vlad Antonov was set on fire in Kyiv, as Canal 5 reported.

The incident occurred on the night of February 16-17. The journalist found the arson was related to his professional activity. He said to have been repeatedly threatened.

Vladislav said that knew the perpetrator and instigatir, but due to the secrecy of the investigation he did not name those persons.

The police probes in the case. One suspect was detained, another one escaped.

As they reported on the Facebook page dtp.kiev.ua, there were two attackers, one of them is now in serious condition, the other working on finding police.

The editorial office also asked to provide video from surveillance cameras in ​​Sichovykh Striltsiv, Pavlivska and Bulvarno-Kudryavska streets from 2:40 to 2:50 to anyone who has it.