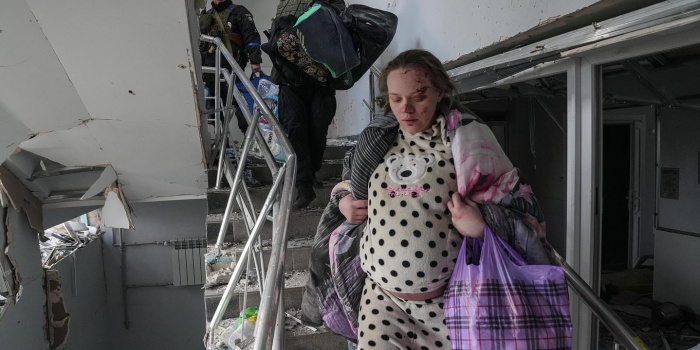 A number of Russian social media accounts have published threats against Ukrainian photojournalist Yevhen Maloletka, who took pictures of the aftermath of the March 9 bombing of a maternity hospital in Mariupol. In that attack three people died (including a child), 17 were injured.

Yevhen Maloletka, who works for several international photo agencies, has published photos of destruction and victims. Russian propaganda immediately said it had been a staging.

Immediately after the air strike, the head of the Russian Foreign Ministry, Serhiy Lavrov, acknowledged the bombing and announced that "there were no patients" in the hospital because it had been "took" by Azov fighters. After that, the Russians found the account of the pregnant girl from the photos on social networks, found out that she was a model, began to tell that the photo was fabricated, and they started harassing her in the comments. Even the Russian Embassy in Great Britain posted a message saying it was a "fake news" on social networks by. On March 11, it became known that the girl had given birth to a child. 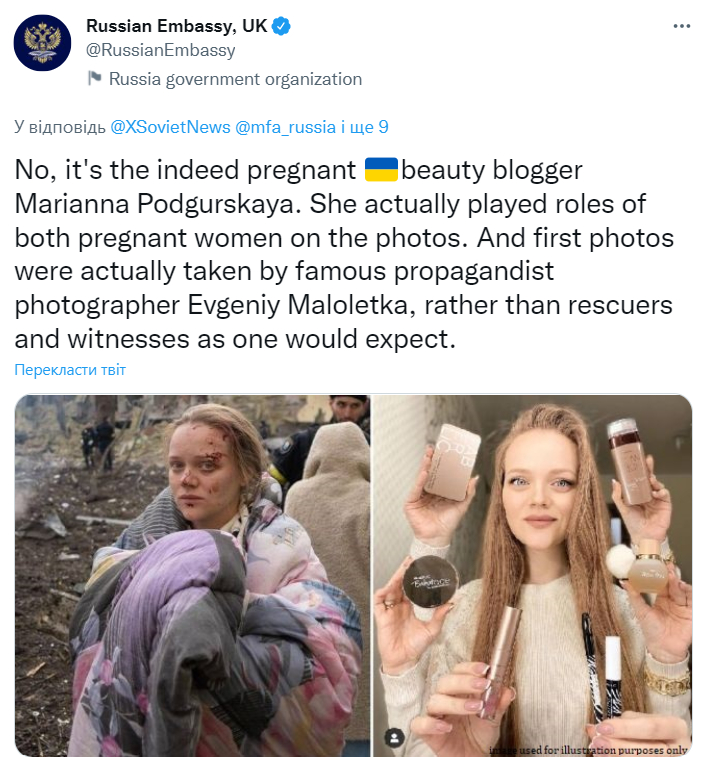 Another picture (on the left) that the Russian attributed to Yevgeny Maloletka in fact was made by Mstislav Chernov, not by Maloletka.