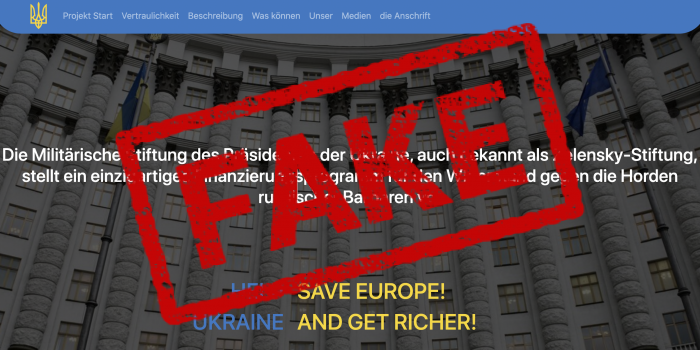 This is reported by the Office of the President of Ukraine with reference to the Chief Directorate of Intelligence at the Ministry of Defense of Ukraine.

On September 7, such a website appeared for the German audience, although it was supposed to be launched on September 30.

The President's Office stresses that there has been no information about this online platform on the PO's official resources and no statements from Volodymyr Zelensky.

In addition, the website has signs of a fraudulent resource created to embezzle funds under the guise of an aid foundation for Ukraine. The project resembles a classic financial pyramid.

The President's Office urges Ukrainians and the international community not to trust russian fakes and to only trust the information from the official pages of the President of Ukraine and the Office of the Head of State.