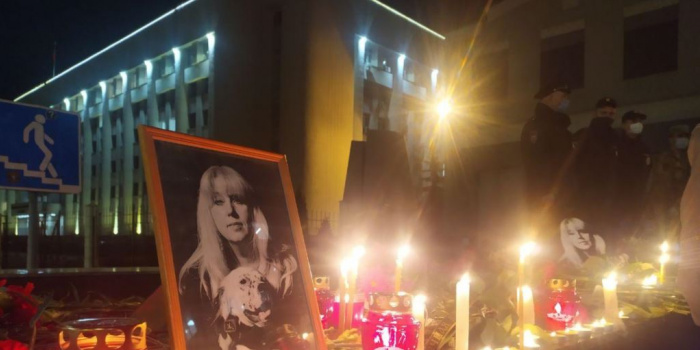 Russian rights groups on Tuesday called on the authorities to stop using home searches as a tactic to intimidate opponents after a journalist set herself on fire following a police raid of her apartment last week, as Reuters reported.

Irina Slavina, editor-in-chief at a small news outlet in the city of Nizhny Novgorod, self-immolated in front of the local branch of the interior ministry in Nizhny Novgorod last Friday after blaming Russian authorities for her death in a Facebook post.

A day before her death, investigators and police had searched her apartment for materials linked to the Open Russia opposition group, which is financed by Kremlin critic Mikhail Khodorkovsky.

In a joint statement on Tuesday, the heads of Open Russia, the Memorial human rights group and the Public Verdict Foundation called on the authorities to refrain from carrying out unwarranted searches and to respect procedures - including the use of a warrant - when carrying out raids.

“From a tool used to investigate a crime, searches have turned into a method of forceful and psychological pressure,” the statement said.

“As representatives of civic organisations, we demand that searches stop being used to intimidate citizens.”

The statement coincided with Slavina’s funeral in Nizhny Novgorod, a city of 1.3 million about 400 km (250 miles) east of Moscow, where her supporters marched in a procession in her honour, with many clutching flowers.

“Her death is a terrible tragedy, and we must ensure that no such tragedies happen again,” said Andrei Pivovarov, executive director of Open Russia. “To do this, we need to stop all political repression and, first of all, do away with cynical and humiliating searches.”

The regional branch of the Investigative Committee, Russia’s equivalent to the FBI, said last Friday that Slavina’s self-immolation had nothing to do with the raid carried out at her apartment on the previous day.

It said she had only been a witness in a criminal case and that the search was related to that.