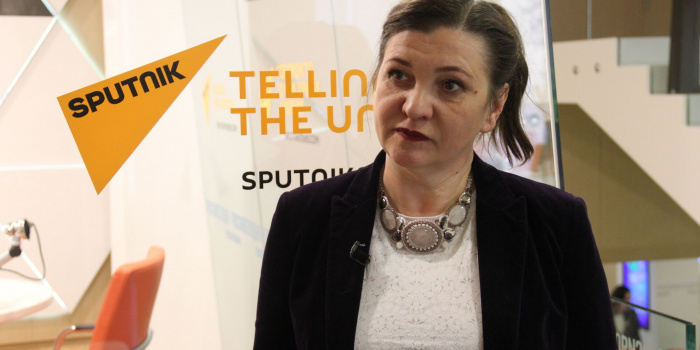 Margarita Lange, russian propagandist, chairwoman of the Guild of Interethnic Journalism of the russian federation, and a member of the commission on patriotic, spiritual and moral education of children and youth, promotes the narrative of "oppression of national minorities in Ukraine."

This was reported by the Center for Countering Disinformation at the National Security and Defense Council of Ukraine.

According to the CCD, the russian propagandist is pushing forward the thesis that the state policy of Ukraine does not allow Ruthenians in Transcarpathia to use the russian language and they are persecuted for refusing to call themselves Ukrainians.

The CCD cited data from the 2001 census, according to which, only 10,000 Transcarpathians (0.8% of the region's population) called themselves Ruthenians.

Ruthenians speak Ruthenian, which linguists consider to be a dialect of Ukrainian language. According to the current legislation of Ukraine, forcing citizens to renounce their nationality is prohibited, according to the CCD.

Despite active participation in the information war against Ukraine, no country has included Lange into the sanctions list, the Center notes.