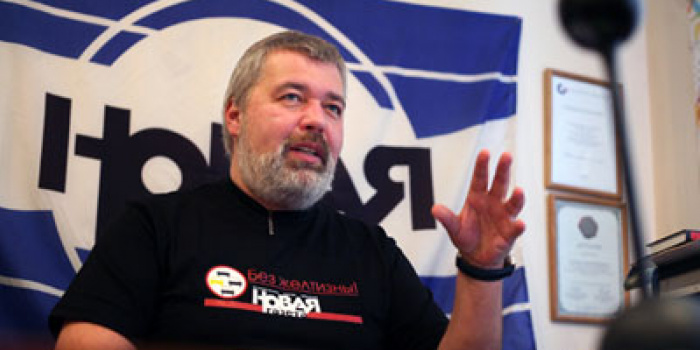 Russian journalist Dmitry Muratov, a co-winner of last year's Nobel Peace Prize, said on Tuesday he would donate his Nobel medal to be auctioned to raise funds for Ukrainian refugees, as Reuters reported.

The Novaya Gazeta newspaper, where Muratov is editor-in-chief, in early March said it would remove material on Russia's military actions in Ukraine from its website because of censorship, in response to threats of criminal prosecution of journalists and citizens who veer from the government's official line. read more

"Novaya Gazeta and I have decided to donate the 2021 Nobel Peace Prize Medal to the Ukrainian Refugee Fund," an article published with Muratov's name said. "There are already over 10 million refugees. I ask the auction houses to respond and put up for auction this world-famous award."

Russia sent tens of thousands of troops into Ukraine on Feb. 24 in what it called a special operation to degrade its southern neighbour's military capabilities and root out people it called dangerous nationalists.

Ukrainian forces have mounted stiff resistance and the West has imposed sweeping sanctions on Russia in an effort to force it to withdraw its forces.

Muratov and Novaya Gazeta, a newspaper critical of the Kremlin, said five things needed to be done right away: "Stop combat fire, exchange prisoners, release the bodies of the dead, provide humanitarian corridors and assistance, and support refugees."

Muratov, who won the award jointly with Maria Ressa of the Philippines, co-founder of news site Rappler, dedicated his Nobel prize last year to six of the newspaper's journalists who had been murdered for their work.
Reuters
Liked the article?
Help us be even more cool!
Other news