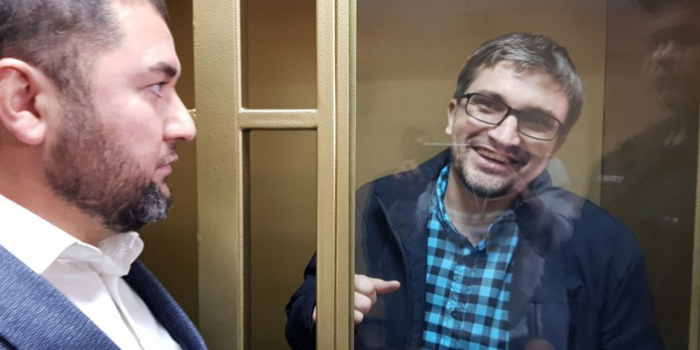 The blogger was found guilty of making public calls to terrorism, the Crimea.Realities reports.

The day before, Memedeminov said in his final statement that the Russian judiciary and law were "pre-configured" and called on journalists to continue informing about the situation in Crimea and the court trials of peninsula residents.

Nariman Memedeminov is a Crimean Tatar blogger and citizen journalist. He was detained by Russian security officers at the end of March 2018 and charged under Part 2 of Art. 205 of the Criminal Code of Russia (public calls to the terrorist activity via the Internet).

Russian security officers raised grievances over Memedeminov’s video blog on YouTube, which he operated from 2013 to 2015. It features dozens of videos with comments on political events and topics, calls to compliance with Islam norms and thoughts about Russian national holidays: Defender of the Fatherland Day, International Women's Day, Children's Day and more.

The National Union of Journalists of Ukraine called the arrest of Medemedinov in Crimea "a violation of the right to freedom of expression, free access to and dissemination of information, including via the Internet."