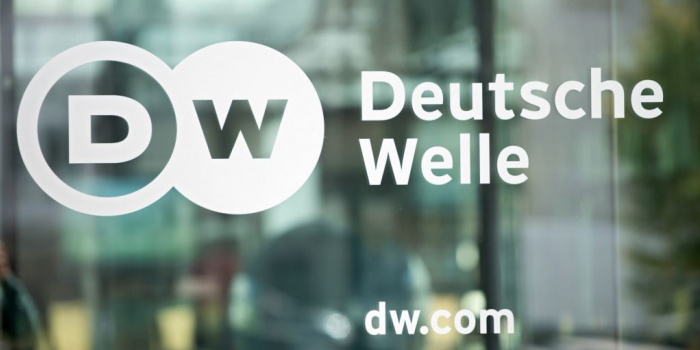 A Russian parliamentary commission says German state-funded broadcaster Deutsche Welle violated the law with its coverage of protests this summer, and that lawmakers will continue to investigate other media outlets, including Radio Free Europe/Radio Liberty, on similar possible legal breaches, as Radio Free Europe/RAdio Liberty reported.

Vasily Piskarev, chairman of the Commission on Foreign Interference in Russia’s Internal Affairs, said on September 27 that parliament will now ask the Foreign Ministry to consider revoking Deutsche Welle’s accreditation to operate in the country.

The case specifically noted that Deutsche Welle's Russian service wrote in a tweet on July 27 "Moscow Come Out!" which the commission said was an attempt to influence the internal affairs of Russia.

"While acting on the territory of Russia, Deutsche Welle has violated laws, many laws," Piskarev said.

"We decided that the designated bodies must provide a response to these violations," he added.

There was no immediate comment from the broadcaster, but previously it has rejected the allegations of wrongdoing and called them "unacceptable."

Russian police have been criticized for impeding journalists trying to cover a series of major Moscow protests since late July, with some reporters being detained and equipment damaged.

The protests were against the refusal by officials to register opposition and independent candidates for Moscow city-council elections that took place on September 8.

Police violently dispersed several of the protests and more than 2,000 people were detained, drawing international condemnation.

RFE/RL is funded by a grant from the U.S. Congress through the United States Agency for Global Media (USAGM) as a private grantee. RADIO FREE EUROPE/RADIO LIBERTY (photo credit: Marius Becker, epa)