russian citizen Sophia Sapega, detained with Protasevich in Belarus, sentenced to six years in a colony 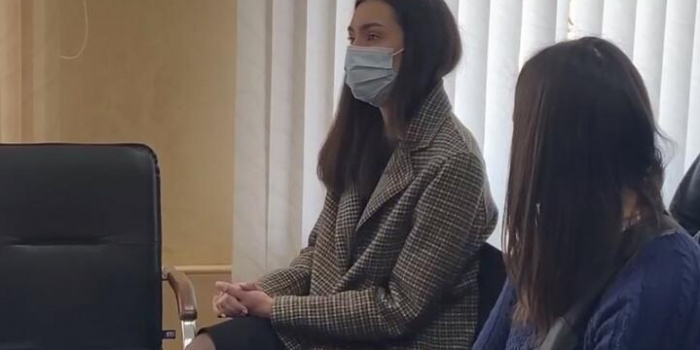 The Judicial Board of the Grodno Regional Court (Belarus) has sentenced russian citizen Sophia Sapega, who was arrested last year together with Belarusian opposition blogger Roman Protasevich after the forced landing of a Ryanair plane in Minsk, to six years in a medium security penal colony.

This was reported by Ukrinform with reference to Euroradio.

The trial was held behind closed doors.

It is noted that before the trial, the girl had been under house arrest. After the verdict was announced, Sophia was taken into custody.

Sapega is a russian citizen but has a Belarusian residence permit.

The girl was charged under seven articles of the Criminal Code ("Incitement to social hatred," "Illegal actions regarding information about private life ...," etc.). She run a Telegram channel where personal details of Belarusian law enforcers were being published.

Earlier, Sapega signed a pre-trial deal with the authorities. Due to this, she faces six years in prison.

Belarusian opposition journalist Roman Protasevich was detained on May 23. He was a passenger on the Athens-Vilnius flight, which landed in Minsk due to a report of a bomb on board. After the inspection, Belarusian police arrested Protasevich. Ryanair has received instructions from Belarusian air traffic controllers to land the plane in Minsk. At Lukashenko's request, a MiG-29 military jet was lifted into the sky to escort the plane.

Together with Protasevich, the law enforcers detained his girlfriend Sophia Sapega.

A number of Belarusian human rights organizations have recognized Protasevich and Sapega as political prisoners. The EU and the US have condemned the detention of Roman Protasevich.

On June 25, it became known that Protasevich and Sapega had been placed under house arrest. The Investigative Committee of Belarus stated that they had made a deal with the authorities.