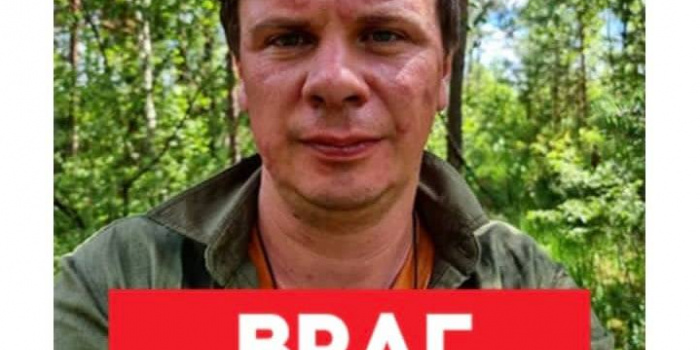 In Russia, the host of the program "World inside out" Dmitry Komarov was included in the list of "enemies of Russia." He announced this on his Facebook page.

"I accept congratulations! Honorary title "Enemy of Russia" from the Committee for the Protection of National Interests. So, I live honestly and I'm not ashamed to look people in the eye. And the company of us, "enemies and traitors of the Russian Federation", gathered goodenough: Makarevich, Klitchko, Grebenshchikov, Navalny and others.

In any case, it is very easy to see which side is lying. The one that introduces total censorship, bans to open mouth, eliminates independent media. Introduces lists of objections, "he wrote.

It will be recalled that Dmytro Komarov has been covering the consequences of Russian shelling and bombing in Kyiv since the beginning of Russia's large-scale invasion of Ukraine.