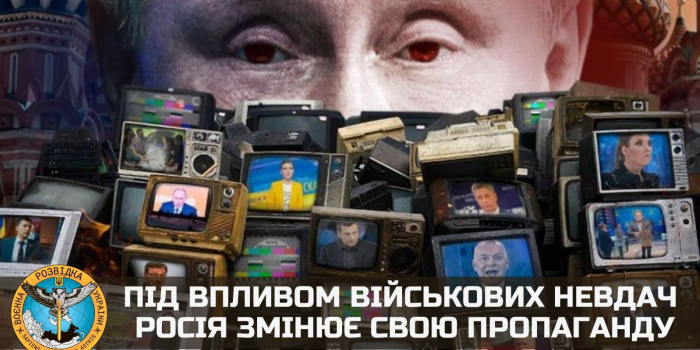 Influenced by their military setbacks in Ukraine, russia is changing their propaganda. russian media have been ordered to report on the russian-Ukrainian war as on russia's armed confrontation with all EU and NATO countries.

This was reported by the Chief Directorate of Intelligence of the Ministry of Defense of Ukraine.

According to the CDI, this is done to change the russians' perception of military "invincibility," to prepare the society for a possible defeat and to minimize the shame by losing to a more powerful enemy.

According to Ukraine's military intelligence, the leaders of kremlin TV channels, online media, and the pro-putin army of bots are already being instructed to switch to a new information policy.

"The occupier's propagandists will now brainwash russians with the idea that they need to unite for their own survival and to have blind confidence in the kremlin dictator's policies," the CDI said.