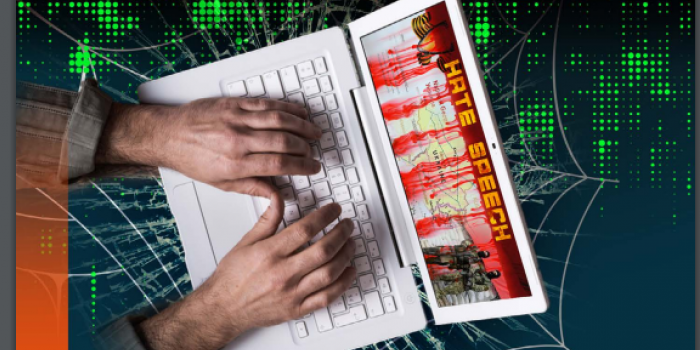 Even before the start of the full-scale invasion of Ukraine, russia has been preparing the information space in Crimea for escalation and creating a split in the Ukrainian society through propaganda in the russian media.

The authors noted that the study was completed in early 2022, but the presentation of the report was interrupted by the full-scale invasion.

"In our study, we recorded many calls for the extermination of Ukrainians in the russian media. Given the atrocities of the russian occupiers, which they have been committing on our land since February 24 until today, these calls had only one goal – the informational preparation for war crimes, crimes against humanity, and genocide of the Ukrainian people," said Crimean Human Rights Group researcher Iryna Sedova.

The authors analyzed 11 russian-language online publications about Crimea, including "RIA Krym," "KP Krym," "Krym.Realii," "Russkaya Vesna" and others, in the period between December 2020 and the end of May 2021.

The search for content was carried out, in particular, through keywords that express hatred for Ukrainians: "Banderites," "little russians," "pig-speakers," "ukrofascists," "khokhols," "ukropy," "khokhlostan" and others.

As a result, the analysts found 560 publications containing manifestations of hate speech. In particular, the content contained obscene language, direct insults, dehumanization (for example, "these are not people, but animals"). There were also calls for violence, dividing the society along the lines of "us/others," disrespect and contempt for another group or culture.

On ten of the eleven websites selected for the study, most of the analyzed publications contained hate speech, particularly against Ukrainians and Crimean Tatars, as well as strong anti-American rhetoric.

"In addition, these media use manipulative and covert hate speech to influence the audience's beliefs. This is done to avoid legal liability under the laws of many European countries. Proving and substantiating the presence of psycholinguistic manipulations has been made possible by the psycholinguistic analysis of the media text. In particular, breaking the causal relationships and the logic of event coverage, as well as substitution of concepts in the content is manipulation," said PhD, expert psycholinguist Yulia Krylova-Hrek.

She added that journalists of the russian media often consciously use methods and techniques that affect a person emotionally and sensorily and block rational thinking. Also, the media often cover the situation one-sidedly and deliberately create a negative picture.

The analyzed media, the researcher added, actively use such words as "fascists," "Nazis," etc., and also substitute concepts, for example, by deliberately replacing "nationalists" with the word "Nazis" due to the phonetic similarity.

"One dangerous method is the polarization of society through dividing the citizens of Ukraine on the principle of 'good (ours) – bad (other)." These russian media consider the representatives of Western Ukraine, patriotic, pro-Ukrainian citizens, the Ukrainian-speaking population, and people who supported the Revolution of Dignity to be bad. All of this is aimed at escalating the conflict within the society and splitting it," Yulia Krylova-Hrek said.

In addition, the publications often use the point of denying Ukraine's state sovereignty and Ukrainian national identity. Yulia Krylova-Hrek noted that such theses are intended to engrave in the audience's mind the idea that Ukrainians are an ethnographic subgroup of russians, Ukraine is an artificial state entity, and the Ukrainian language is a regional dialect. There are also such phenomena as Banderophobia and Ukrainophobia, which act as "scarecrows" for the readers of russian-language content.

According to the researchers, the full-scale russian invasion and the tragic events that are currently taking place in Ukraine are evidence of the effectiveness of russia's media influence and transfer the hatred that the russian media has been spreading for eight years to the battlefield.

Thus, according to the head of the ZMINA Human Rights Center Tetyana Pechonchyk, hate speech monitoring in Crimea during 2014–2017 has shown that Ukrainians and Crimean Tatars are the main groups against which hate speech was used in the occupied peninsula's information space, with ¾ of all the recorded instances of hate speech being directed against Ukrainians. "This spiral of hatred has been spun for many years and has led to a new wave of aggressive war against Ukraine," she added.