Russia designates Mediazona, OVD-Info and others as "foreign agents"- RFE/RL 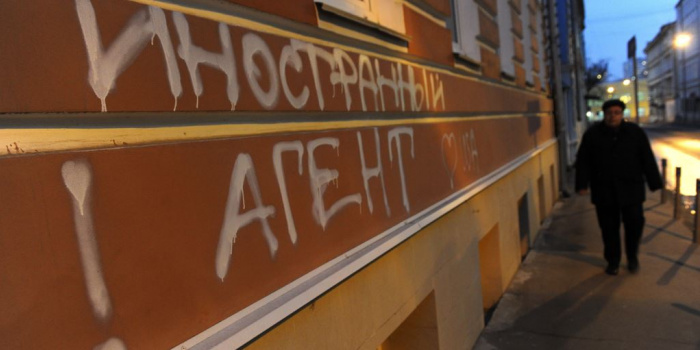 The Justice Ministry on September 29 added the parent company of the Mediazona website and the human-rights project Zona Prava to its list of foreign-agent media organizations.

The noncommercial information resource OVD-Info, which monitors the activities of law enforcement organizations, was added to the government’s list of "foreign agent" unregistered organizations.

In addition, 22 individuals, including several local coordinators of the independent Golos election-monitoring NGO were also added to the list of "foreign agent" media. Golos itself was added to the list in August.

Mediazona publisher Pyotr Verzilov and its chief editor, Sergei Simonov, were also added to the list.

The Justice Ministry did not offer any explanations for its designations.

OVD-Info has been noted for its coverage of arrests during protests in Russia, while Mediazona specializes in covering Russian courts and the rights of prisoners.

Verzilov was a founding member of the Pussy Riot performance-art group and has been a vocal anti-Kremlin activist.

OVD-Info co-founder Grigory Okhotin said he saw the move as being part of "the pressure campaign against independent organizations and media."

"It’s curious that it happened at the height of the public campaign to abolish the foreign agent legislation, in which OVD-Info was one of the key initiators," Okhotin told the Associated Press.

He added that 222 organizations have joined the campaign so far, and said that “it couldn't have gone unnoticed.”

Russia's "foreign agent" legislation was adopted in 2012 and has been modified repeatedly. It requires NGOs that receive foreign assistance and that the government deems to be engaged in political activity to be registered, to identify themselves as “"foreign agents," and to submit to audits.

Human Rights Watch has condemned Russia’s "foreign agent" laws, calling them "another repressive tool the government can use to harass independent groups."