russia creates a "blacklist" of their musicians 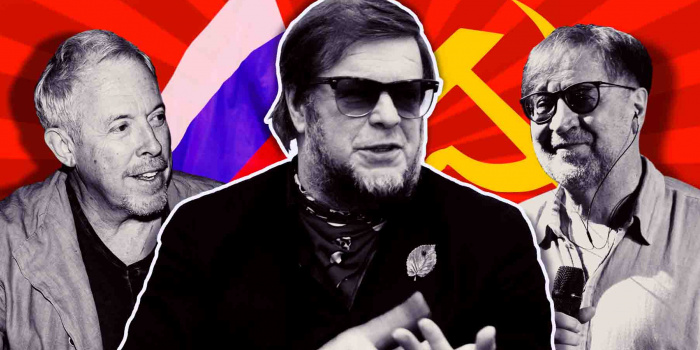 russian publication "Fontanka" published a list of musicians who are banned from performing in russia.

This list was provided to the media outlet by one of the musicians who found himself on the list. According to the publication, the document is being distributed among promoters.

One of the people "Fontanka" interviewed confirmed that "the list is correct" and clarified that it is being amended and supplemented every day.

There are currently 30 musicians on the list. Among them are the bands DDT, B-2, Nogu Svelo, Mashina Vremeni, Aquarium, Neschastny Sluchai, Valeriy Meladze, Zemfira, rappers Oxxxymiron, Face, Morgenstern, Legalize, and others.

As Nastoyaschee Vremya reports, most of the performers on the list have openly spoken out against russia's war on Ukraine, some – such as Monetochka, IC3PEAK, Oxxxymiron, and Face – have held charity concerts in support of Ukraine.

Some performers left russia and refused to perform and make new releases in the country. Others, such as DDT, Manizha, and Anacondaz, had their concerts cancelled.

In mid-May, after a DDT concert, a police report was filed on the band's leader Yuriy Shevchuk for saying "Homeland is not the president's ass." "Homeland, friends, is not the president's ass which must be kissed at all times. Homeland is a beggar granny who sells potatoes at a railway station. This is what homeland is," said Shevchuk. The audience greeted this statement with cheers and shouts of approval.

In April, the DDT band's concert in Tyumen was canceled due to Yuriy Shevchuk's refusal to perform against a backdrop with a huge letter Z, a symbol of support for the russian army.