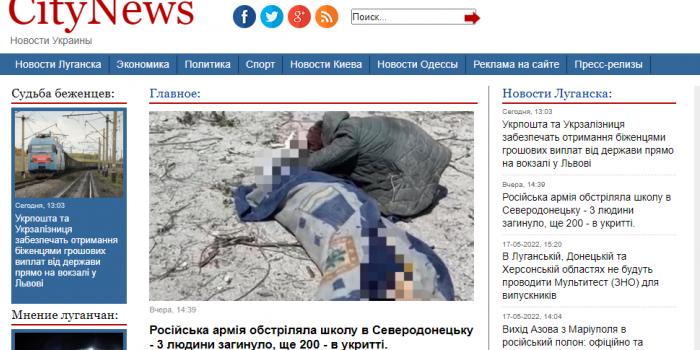 Roskomnadzor demands that a German hoster block Ukrainian website citynews.net.ua, which writes about the life in Luhansk and about russia's war in Ukraine.

This was announced by the website's editor-in-chief Danylo Ageyev.

"They wrote a complaint to my German hoster that I was violating some laws of the russian federation, to which I have no connection whatsoever," Ageyev said.

In the letter to the hoster, Roskomnadzor noted that citynews.net.ua disseminates "unreliable socially significant information aimed at destabilizing the socio-political situation in the russian federation." The agency demands that the hoster suspend access to the citynews.net.ua website. In russia, the publication has already been blocked at the request of the Prosecutor General's Office.

Ageyev noted that his website has been blocked in the occupied territories of Luhansk region in 2015.

According to Danylo, the hoster has not done anything to the website yet, only forwarded Roskomnadzor's letter to him. "I do not know what his reaction will be. I'm curious myself," said the editor.