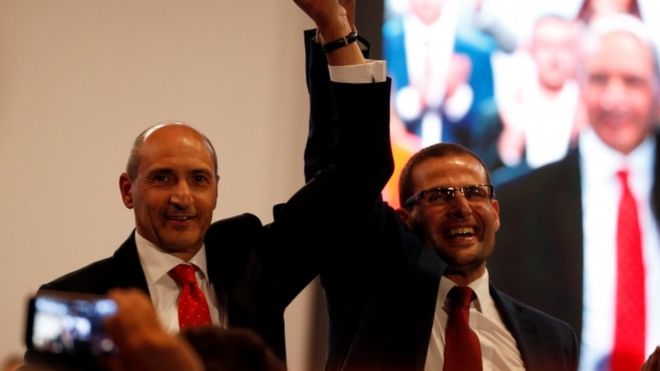 Malta's governing party has elected a new leader and prime minister to replace Joseph Muscat, who resigned over the murder of a journalist, as BBC reported.

His predecessor Mr Muscat said he would quit last month over the scandal surrounding the murder of Daphne Caruana Galizia.

She was killed by a car bomb in 2017 as she investigated corruption in Malta.

Mr Muscat's handling of the murder inquiry caused widespread anger. He was accused of protecting allies implicated in the investigation, which he denies.

His replacement - the son of Malta's former President George Abela - will be sworn in on Monday.

Around 17,500 Labour Party members were expected to cast their ballots in the leadership contest.

In his victory speech, Mr Abela, a 42-year-old lawyer, called on his party to "work together for unity", Malta Today reported.

Seen as a continuity candidate, Mr Abela avoided criticising Mr Muscat or his handling of the inquiry into Caruana Galizia's death during the campaign.

Why did Muscat step down?

Mr Muscat announced his resignation in December last year, as the scandal over the inquiry into Caruana Galizia's murder reached fever pitch.

Fury over the scandal grew when businessman Yorgen Fenech was charged with complicity in the murder, an allegation he denies.

Mr Muscat's chief of staff, Keith Schembri, was then arrested and questioned in connection with the killing of Caruana Galizia. Mr Schembri was later released but is still under investigation.

Caruana Galizia, known as the "one woman WikiLeaks", exposed corruption at the highest levels of government and business circles in Malta.

The journalist's family argued that as long as Mr Muscat remained PM, a full investigation into Caruana Galizia's death was not possible.

Three men have been charged with triggering the bomb which killed Caruana Galizia near her home in October 2017.

They were arrested in December 2017 and pleaded not guilty in pre-trial proceedings.