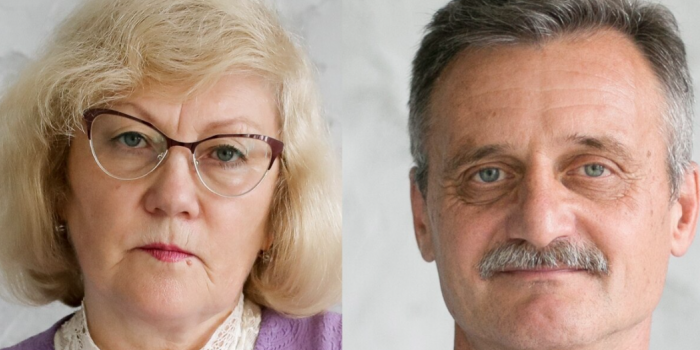 Two correspondents of RFE/RL's Belarus Service have been released from jail, 10 days after their arrests as part of authoritarian ruler Alyaksandr Lukashenka's clampdown on the country's independent media and civil society, as Radio Free Europe\RAdio Liberty reported.

Ina Studzinskaya and Aleh Hruzdzilovich were released on July 26, but said they were informed that they remain suspects in an unspecified criminal case.

Studzinskaya had been on a hunger strike for nine days and Hruzdzilovich for three days to protest against their arrest. Another RFE/RL correspondent, Ales Dashchynski, was released on July 23.

The three journalists were arrested along with other independent journalists on July 16 after police and security forces searched their apartments and offices, including RFE/RL's offices in Minsk.

The accreditations of Studzinskaya, Hruzdzilovich, and Dashchynski were annulled last year as part of Lukashenka's campaign against dissent following a disputed presidential election in August that the opposition said was rigged.

Belarusian authorities have moved to shut down independent media outlets and more than 50 nongovernmental organizations in the wake of mass protests after the disputed vote. The opposition and West say Svyatlana Tsikhanouskaya won the vote and accuse Lukashenka of falsifying the result to give him a sixth consecutive term in power.

RFE/RL President Jamie Fly had condemned the arrests of the journalists as "the latest searing testimony to the desperation of Alyaksandr Lukashenka."

Separately on July 26, a correspondent for the television channel Belsat, Ihar Ilyash, was released from custody after being held for 10 days.

Lukashenka has put down street protests and dissent over the vote with sometimes lethal force, jailing thousands of people and forcing most opposition leaders who haven't been imprisoned to leave the country.

The West, which has refused to recognize the official results of the vote and does not consider Lukashenka to be the country's legitimate leader, has imposed several rounds of sanctions against the 66-year-old, some of his family members, other senior officials, and on key economic sectors in the former Soviet republic.

The EU imposed further far-reaching penalties aimed at weakening the regime after the forced landing of a European passenger plane in Minsk and the arrest of an opposition blogger who was on board.