What they say and what they show in mass media of the South and East of Ukraine, and what residents of these regions want to hear and read — is presented in the joint research of the Institute of Mass Information and GfK Ukraine.

Simultaneous English/Ukrainian interpretation will be provided. 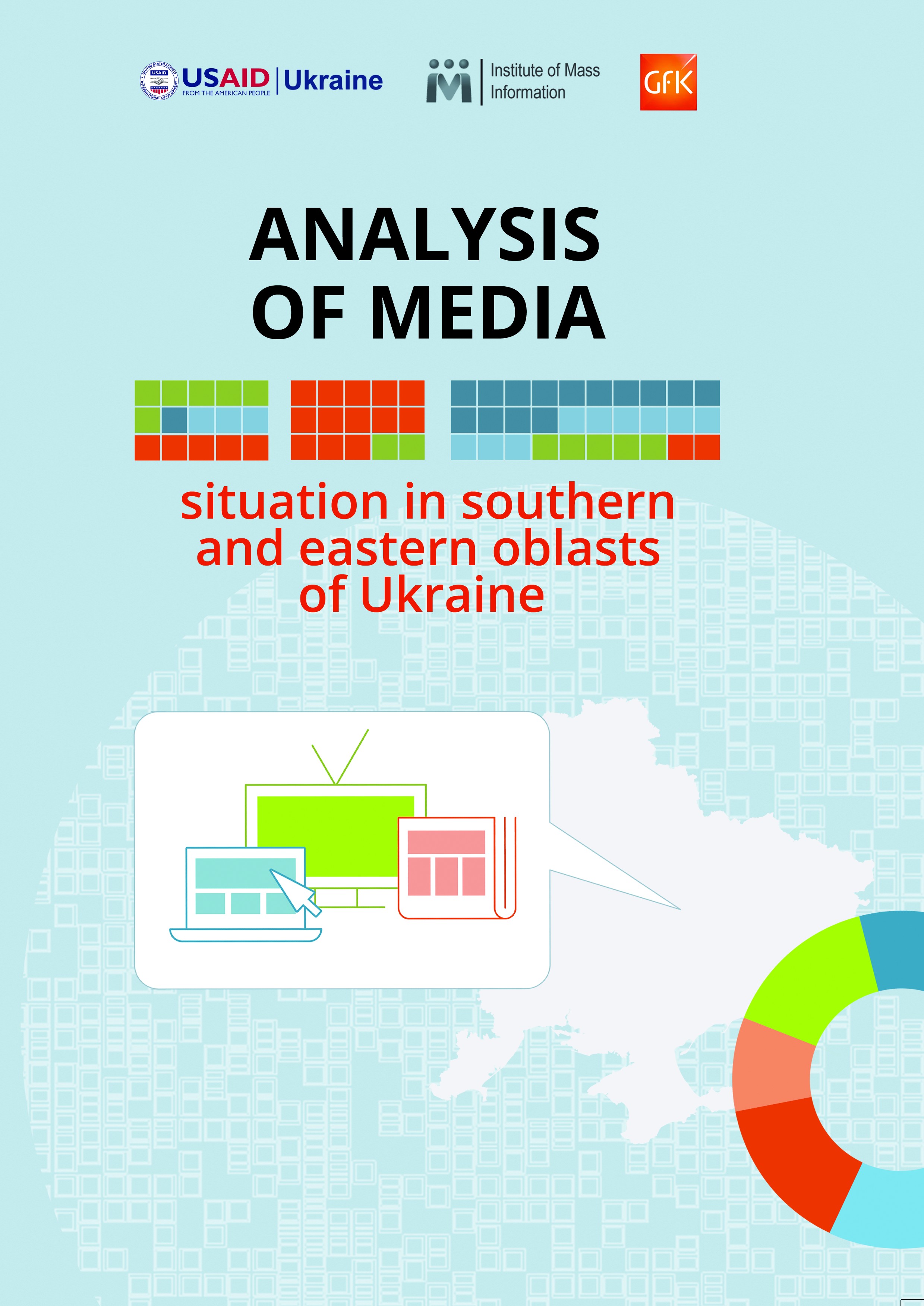 The Institute of Mass Information experts monitored six local media outlets (two TV channels, two printed media outlets, and two online media outlets) in each of the six regions of the South and East of Ukraine for one month for the following issues: which topics are covered in the media most often, how they cover the topics of ATO and internally displaced persons, how many materials are «dzhynsa» (illegally covertly commissioned) and «no-legwork», and to what degree local journalists adhere to the professional standards.

GfK Ukraine studied where residents of East and South of Ukraine get their news from, what topics are of most interest to them, what information is lacking in mass media and so on.

The research was conducted with the support from the Ukraine Confidence Building Initiative (UCBI), which is funded by the US Agency for International Development (USAID) in October 2015- February 2016.