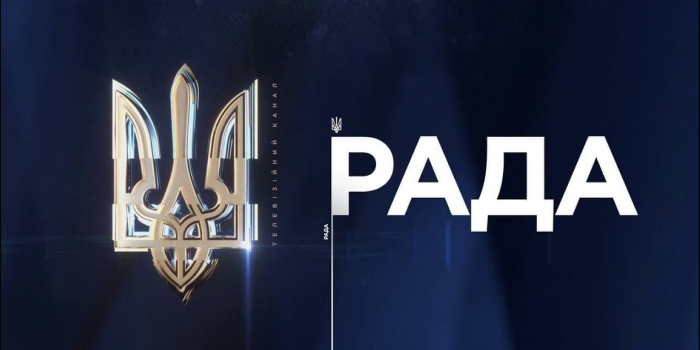 TV channel "Rada" will not broadcast the Verkhovna Rada's plenary sessions live, but will continue to participate in the national telethon United News.

The corresponding resolution №7739 "On some issues regarding the coverage of the work of the Verkhovna Rada of Ukraine of the ninth convocation under martial law" was supported by 241 people's deputies at the September 6 plenary session, announced Yaroslav Zheleznyak, a member of the Holos faction, Interfax-Ukraine writes.

The document stipulates that for the duration of martial law, state enterprise "Parliamentary TV Channel Rada" may limit the live broadcasts of the Verkhovna Rada's open plenary sessions out of national security considerations and in order to ensure the VR's security measures in accordance with the Constitution of Ukraine, laws "On Information," "On access to public information," "On the legal regime of martial law," decrees of the President of Ukraine on the entry into force of the National Security and Defense Council's decisions regarding the implementation of a unified information policy under martial law.

At the same time, Rada TV channel is entrusted with the production and broadcasting of news, as well as other informational and analytical content aimed at implementing the decisions and normative legal acts regarding the provision of a unified information policy for the duration of martial law in Ukraine.