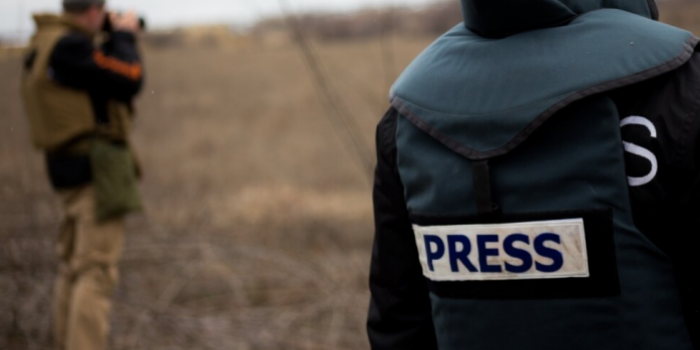 Verkhovna Rada approved a statement on the value of freedom of speech, protection guarantees for journalists and the media during martial law.

The decree approves the statement on the value of freedom of speech, protection guarantees for the work of journalists and the media during martial law, and mandates the Head of Verkhovna Rada to pass it to the law enforcement authorities, the National Council on Television and Radio Broadcasting, as well as other bodies, institutions, and organizations in this field.

The text of the statement itself is not on the Rada website yet.

Meanwhile, the conclusion of the Commitee on Freedom of Speech states that the passing of this document will facilitate the protection of Ukraine in the information sphere due to Verkhovna Rada's support of the freedom of speech guarantees determined by the Constitution and the laws of Ukraine. It also proposes to urge the rest of the government bodies to give comprehensive assistance to journalists and the media of integrity in carrying out their job, which is to cover the events happening on Ukrainian territory.

As IMI has reported, in March the russian occupants had committed 155 crimes against the media and journalists on Ukranian territory. Namely, six journalists were killed while carrying out their professional duties during this period.

Russians are spreading fake news about the deportation of potential conscripts, says CCD
Blogs
Collaborators' meaning juggling: how the minds of Ukrainians in the occupied parts of Zaporizhzhia oblast are being poisoned
"With Russia forever:" how "L/DPR" groups are preparing the region for "joining" RF
"I want this film to be presented at international trials:" the story of Lithuanian filmmaker's documentary, told by a Mariupol journalist
Western experts in the russian fog
Do you want to be first to learn about the new research of the Institute of Mass Information? Subscribe to the newsletter!