Prytula, Toronto_TV and Bihus info got the most support on Patreon 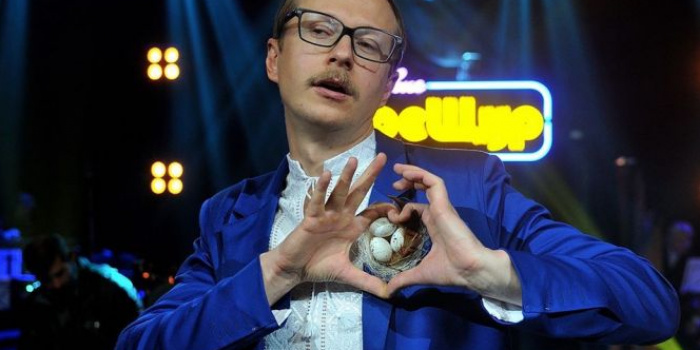 The 50 most popular socio-political YouTube channels receive over UAH 2.3 million a month (about $854 thousand) on Patreon platform from 12,000 Ukrainians. These channels’s video is gaining about 70 million views per month.

This was reported by Ukraiynska Pravda (the project “How not to become a cabbage” which together with the digital media agency " beTrue Media " researched 421 largest socio-political YouTube channels that work for Ukrainian audiences.

The BIHUS info channel is one of the three that Ukrainians will pay the most through Patreon platform. He is one of the leaders in growth in 2021. 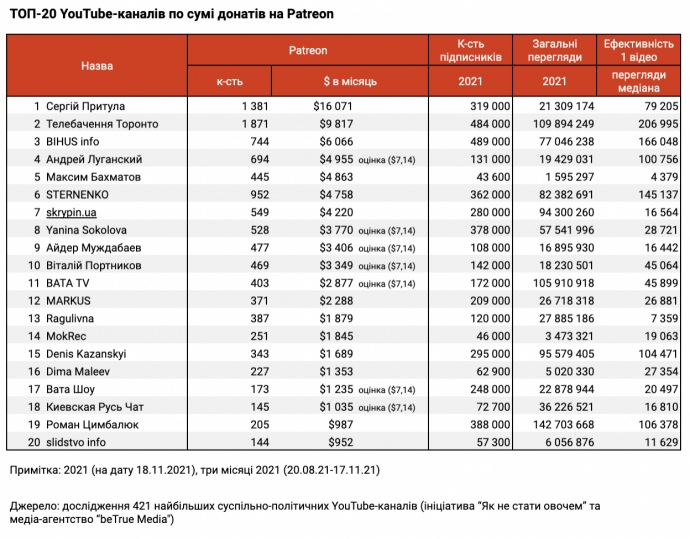 Among Ukrainian media, the best performance is shown by the Censor.NET channel, which has quadrupled its audience since last November, and average video views have increased from 8,000 to 44,000. 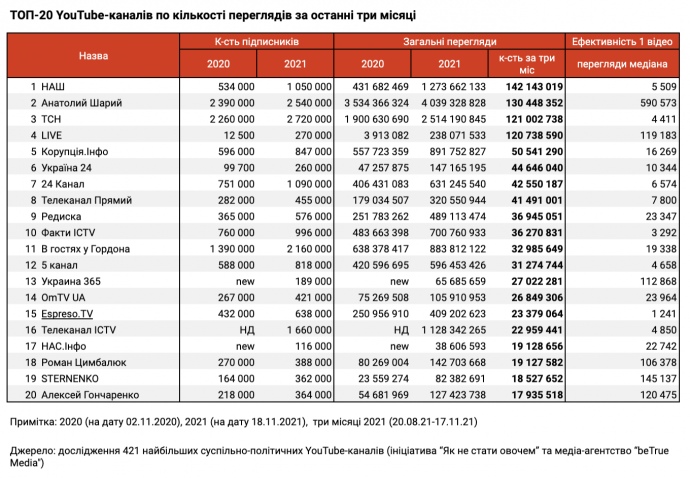 Anatoly Shariy's channel remains the front-runner among pro-Russian YouTube channels. Since last November, the number of his subscribers has increased by 150,000, and the number of views did by half a billion. However, last year's analysis of the geography of views of his YouTube channel showed that there are only 25% of Ukrainians. Instead, the share of Russian viewers is 52%, the rest are from other countries.

As IMI reported, Dmytro Gordon, Yuriy Dud (RF) and Serhiy Prytula topped the list of bloggers that Ukrainians are most often reading or watching on social networks.