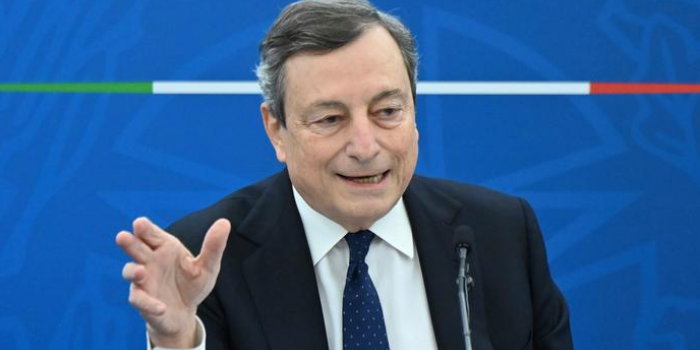 The program was announced as an interview with the russian foreign minister, but instead became a "session of political propaganda," the Italian Prime Minister said on May 2.

He stressed that in contrast to russia, Italy has freedom of speech, but "it is worth taking into consideration how acceptable it is to invite someone for an interview and not respond to the statements of this person."

"It was not a journalistic achievement. This invokes a very strange feeling," said Draghi.

Other Italian politicians have also strongly criticized the program. For example, the country's former prime minister, the head of the Italian Social Democrats, Enrico Letta, called it an "abyss."

However, the media concern Mediaset, which owns Rete4, defended the program and the decision to invite Lavrov for a talk. “He is the second most important person in russia. The interview with the head of the russian foreign ministry is a document of modern history," said Mauro Kripa, CEO of the concern.

We remind that on May 1, on air of the Italian Rete4, Lavrov repeated the key russian propaganda theses about the war in Ukraine. In response to the journalist's invitation to explain how russia's accusations of Nazism in Ukraine correspond to Zelenskyy's heritage, Lavrov said: 'He puts forward an argument: what kind of nazification can they have if he is a Jew. I may be wrong, but Hitler also had Jewish blood in him. It means absolutely nothing. The wise Jewish people say that the fiercest antisemites are usually Jews themselves."